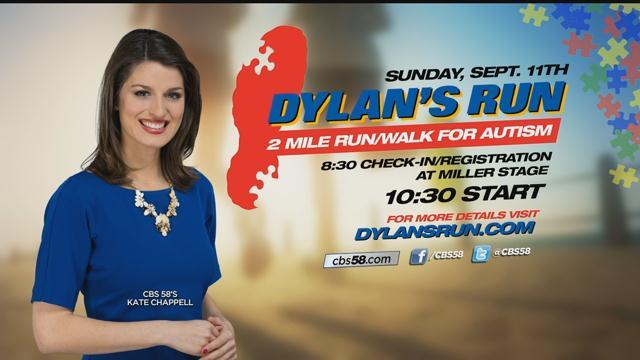 Dylan's Run is Sunday, September 11, along Milwaukee's lakefront. The 16th annual event is the largest fundraiser for the Autism Society of Southeastern Wisconsin. Proceeds stay local and benefit Autism research and outreach programs. One of those programs is PEERS at Marquette University.

PEERS started at UCLA. In 2010, Dr. Amy Van Hecke brought the program to Milwaukee. PEERS is short for Program for the Education and Enrichment of Relational Skills. It's an outpatient treatment program designed to understand how teenagers and young adults with autism spectrum disorder and their parents are affected by social skills therapy.

“We start out with conversation skills. How do you join a group of people? How do you have conversations? How do you discover if you have something in common? The goal is to find a common interest with someone," said Dr. Van Hecke. “It basically teaches them how to make friends and keep at least one quality friend.”

There are two study groups per session. One group consists of children ages 11-16. The other is a group of young adults ages 18-28. Study groups begin in January and in August. Each group works with clinicians and graduate students of Psychology and Speech Pathology at Marquette. The younger group meets once a week for 14 weeks, and the older group meets weekly for 16 weeks.

In addition to conversation and group therapy, another facet of the program is neurological. Students get a brain scan at the Medical College of Wisconsin before and after the program to compare to students who are not in the program.

“The changes we’re seeing are really more about emotion. We’re seeing kids who have very strong patterns of brain activity that are indicative of depression, anxiety and really poor mood. We’re seeing their brain scans show that now they’re more positive, they’re happier, their well being is improved,” said Van Hecke. “What we’re doing is changing their brain to show they can learn and grow, and gain new skills, and be happier.”

When followed correctly, Van Hecke says PEERS has a 90% success rate. So far, the program has served 238 families.

The next step is implementing PEERS in schools. Currently, Marquette is the only location for PEERS in Wisconsin. Van Hecke hopes to expand and grow through education. She says training future professionals (graduate students) is a key component of PEERS. The hope is those students will take the skills learned with them in the workplace. Several school districts already use PEERS, including Ellsworth and Neenah. Van Hecke would like to eventually see it in all schools.

PEERS operates on a sliding fee scale. At one point, there was a 10-year waiting list. Now, thanks to the Autism Society, the waiting time is down to about 2 years. Dylan’s Run is the Autism Society’s largest fundraiser. There is still time to get involved. Click here for event details.