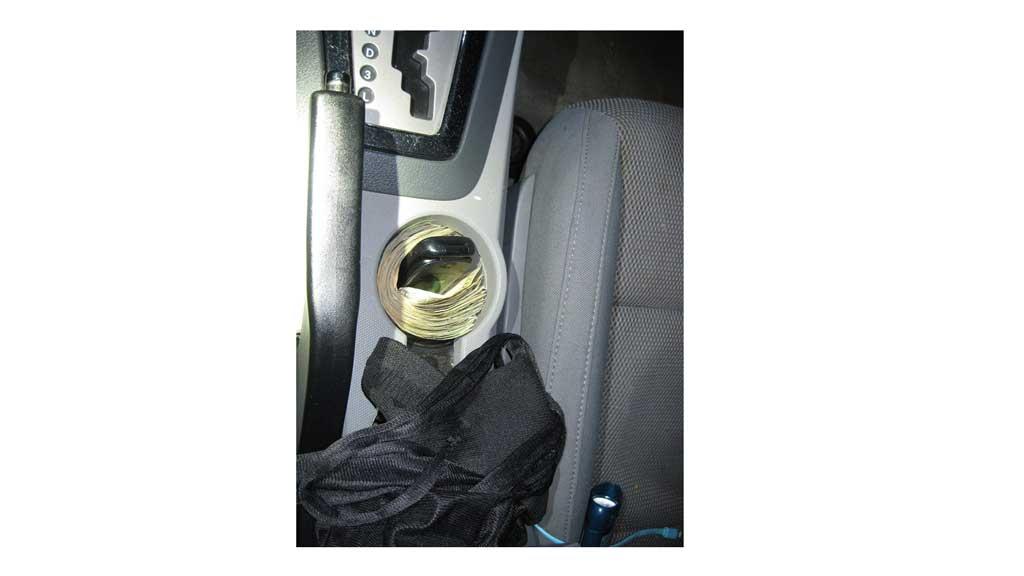 Drugs and several thousands of dollars were located on in a car following a high speed chase in Washington County.

According to Washington County Sheriff’s Office,  a  21-year-old Milwaukee man and a 20-year-old City of West Allis man are in custody as a result of a high speed chase that started on I41 and STH 144 at 2:31 this morning.

A deputy on patrol attempted to stop the West Allis man for traveling 85mph on I41 without any taillights.

The vehicle then accelerated away from the deputy at speeds reaching 120mph.

The Sheriff’s Office requested the assistance of the Germantown Police Department who were able to deploy a tire deflation device on the suspect vehicle.

The driver exited the interstate at Lannon Rd and stops.

Both individuals are taken into custody during a high-risk stop.

The passenger, who had the title of the car in his pocket, has several open cases through Milwaukee County Circuit Court including felony possession with intent to deliver Heroin.

Drugs and several thousand dollars were located on and near him in the passenger compartment.

His bail restrictions indicated no possession of controlled substance.

Based on the proximity of the drugs to him, he was arrested on bail jumping and drug possession charges.

The driver was put through field sobriety testing and arrested for OWI 1st based upon suspected drug use.

The driver is also being held on the felony charge of attempting to elude a police officer.