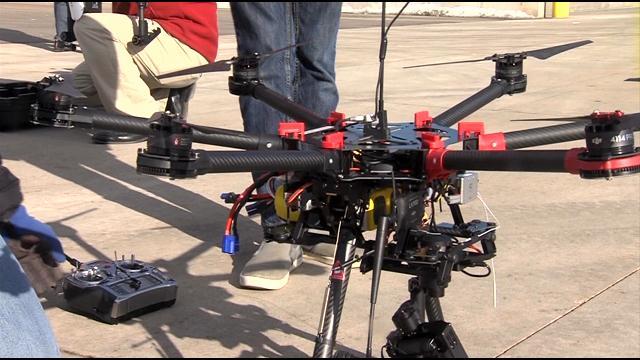 It was one of the number one gifts this holiday season according to researchers: drones. But there's a growing concern that drones are an invasion of privacy. Local drone owners  we spoke with say that's not the case .Drones are getting to be so popular we see them almost every day. In fact, you never know when one may be watching you.

\"Anyone can have a drone,\" said Adam Andrews, a drone owner who works with Aeroworks Productions. It's a concern many in the community have. What if a drone gets into the wrong hands?

They both say that one of the biggest problems with drones today is misuse. \"A lot of people are getting these for Christmas, buying them on Amazon and they don't know the legal limitations. So we're trying to educate the  public on safe uses of them,\" said Andrews.

Here's the three main Federal Aviation Administration regulations drone pilots must follow: don't fly above 400 feet, don't fly above a crowd unless they're aware of it, and don't fly within three miles of an airport. In Wisconsin, if there's an expectation of privacy it's also a no-go.

\"If someone has expectations of privacy in their backyard we don't want to be flying over their backyard, if they're laying out at the pool, that's obviously an invasion of privacy. A lot of people are concerned about privacy concerns, its a moot point in our community because they're very loud, they dont make good spy machines,\" said Andrews.

Lien said  he also makes a point to follow the rules, \"And I'm always there with the property owner, you know the guy who hires me to take the pictures or video.\"

With more and more uses it's likely you'll see one in your future.