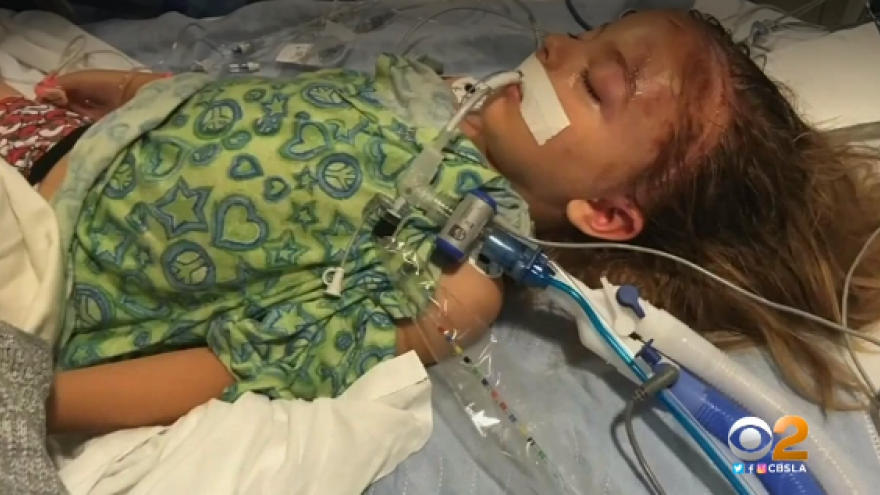 ANAHEIM (CBSLA.com) — Lennox Lake had the time of his life Saturday at Disneyland.

But as his dad turned a corner a block from their San Diego home, the unimaginable happened.

Undocumented and deported 15 times in the past 15 years. That’s how federal agents describe the hit-and-run driver who struck 6-year-old Lennox in the back of his parents’ Honda Accord late Saturday night.

Lake’s dad choked up as he described how his son worried about his parents immediately after police believe 38-year-old Constantino Banda-Acosta T-boned them. Lake told paramedics he was fine.

The boy actually had multiple skull fractures and was bleeding from his ears and nose. His parents had minor injuries.

“He asked me ‘Why am I so jacked up?’ ” his father Benjamin Lake said while choking up. “I just wanna bring my son home. I just hope the justice system does what it’s supposed to do.”

The Lakes made the long drive from Anaheim, and just one block from their San Ysidro home, police say, Banda-Acosta slammed into the side of their car where Lennox was strapped in his car seat.

Lake’s aunt set up a gofundme page to help the family pay for medical expenses. He will likely remain in the hospital for nine days as he fights a strep infection.

Border patrol agents arrested the driver. Police say the man has a history of DUI and domestic abuse.

Banda-Acosta now faces at least seven years in prison, and after that, he will likely be deported again.