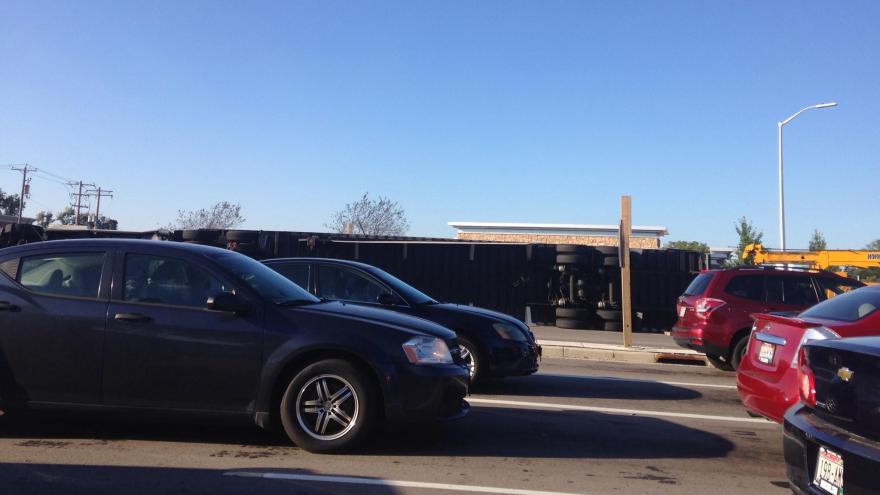 MOUNT PLEASANT, Wis. (CBS 58) -- A 59-year-old man from New York has been issued a citation after rolling over his semi in Mount Pleasant.

Crews responded to the area of Washington Avenue and Green Bay Road for a report of a rollover injury accident. It happened around 3:37 p.m. on Wednesday.

The investigation revealed that a 2016 freightliner was attempting to make a left turn onto westbound Washington Avenue from northbound Green Bay Road. The load inside of the trailer shifted which resulted in the vehicle tipping onto its side.

The westbound lanes of Washington Av. were closed for approximately two and a half hours while Floyds Towing cleared the scene.

The operator was issued a citation for Failure to Prevent Cargo from Shifting.