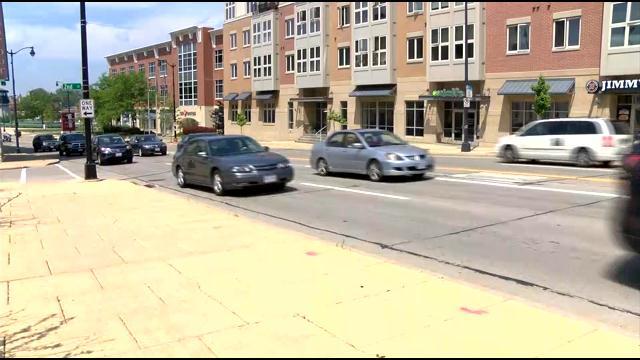 The two vehicle crash happened in the heart of downtown Racine, and people we spoke with say if it had happened just one block up, it could have been even more deadly.


At 1:45 on a Sunday morning this section of Main Street in Racine is usually a flurry of activity, with people walking from bar to bar. But all the activity this Sunday morning was due to tragedy just one block north.

Racine police say around 1:45 AM, a car driving south on Main Street crossed the center line, hitting another car and killing two of the three people inside.

The cars both ended up on the sidewalk in front of businesses.

\"I don't know why but there just seems to be an awful lot of them and it doesn't matter what time of the day or night it is,\"said Blanca Webers, who is co-owner of Casablanca de Mexico Restaurant and Lounge.

Webers' husband was closing up their restaurant when it happened.

The Webers say in their 17 years of business they've seen a lot of accidents in this area.

But as often as she sees them, rarely does the driver run, and in this case, he or she did and was quickly caught.

Though police are still investigating the cause witnesses tell us they believe speeding caused the crash, something Webers says is a rare sight downtown.

\"As far as late night business there really isn't a lot of speeders that we should really be concerned about,\" she said.

She hopes drivers, especially at night, will be more cautious.

Police have not identified anyone involved in this accident. They say the third passenger in the car struck is still being treated for serious injuries. Police also tell us the crash is under investigation and there's been no word on any charges yet.