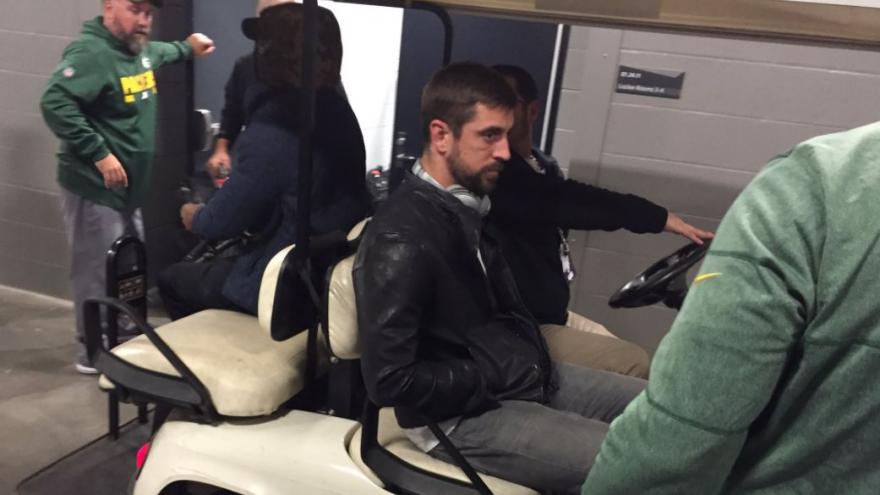 WISCONSIN (CBS 58) – Doctors say it could be a long road to recovery for Aaron Rodgers after the quarterback broke his right collarbone during the first quarter against the Vikings.

“It’s a common injury in the general public and with football. A lot of times we hear shoulder dislocations, shoulder separations, and collarbone players are tackled directly on the shoulder and it can really affect things,” says Dr. Matthew Wichman who works in Orthopedic Sports Medicine at Aurora.

Dr. Wichman says depending how serious the fracture, the healing process could be lengthy.

“We would want to make sure the bone is healed before I let him go back into play. It’s his throwing shoulder and just to get the bone healed, it could be six to eight weeks. It would be the late season, potentially even a playoff run,” says Dr. Wichman.

This kind of injury is nothing new for the quarterback.

He was out eight weeks after fracturing his left collarbone back in 2013. That bone headed without any surgery.

“The good news is that this is a bone so it will heal and he should be able to get his strength in motion and everything back,” says Marquette University Clinicial Associate Professor and Hall of Fame athletic trainer David Leigh.

Because the injury affects his throwing shoulder, Wichman says making sure he’s fully healed is important.

“I would want to make sure that we’re not going to put him at risk before we let him back on the field because a secondary injury could be catastrophic,” says Dr. Wichman.

Doctors say if he gets surgery, his chances of coming back are slim.

Aaron Rodgers leaving the stadium. This is one of the most depressed locker rooms I've ever been in. pic.twitter.com/3RLnHPfuzz