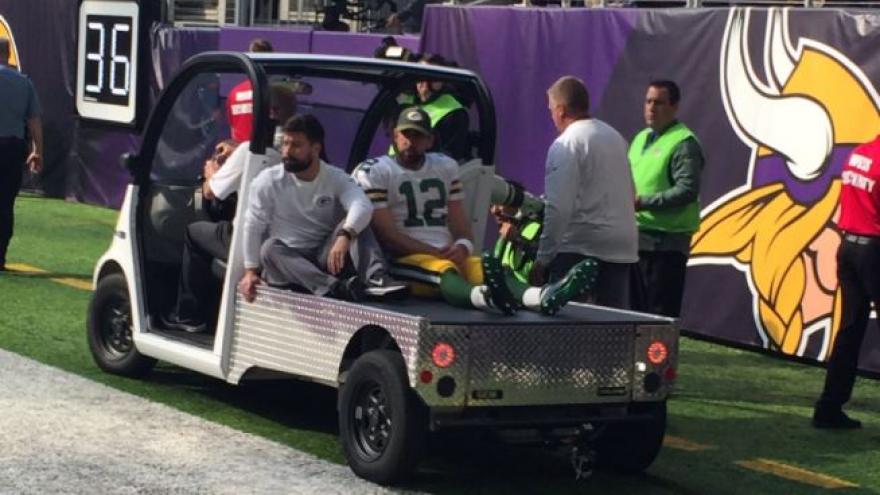 MINESOTA (CBS 58) -- The Green Bay Packers announced on Twitter that quarterback Aaron Rodgers suffered a broken collarbone. The team said there is a chance he could miss the rest of the 2017-2018 season.

QB Aaron Rodgers suffered a broken collarbone. There's a chance he could miss the rest of the season.

Rodgers was hit by Vikings linebacker Anthony Barr after throwing an incomplete pass to Martellus Bennett midway through the first quarter. Rodgers yelled at Barr as he walked off the field.

Rodgers' backup is Brett Hundley. Hundley is in his third year with the Packers.