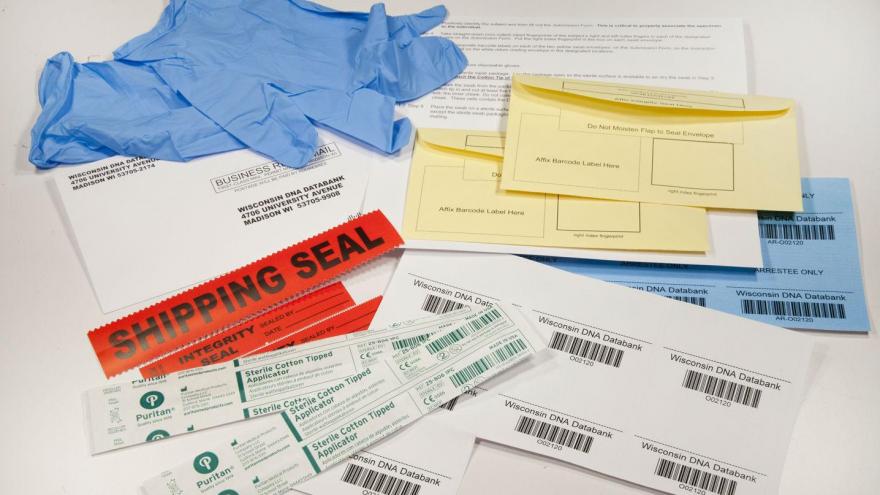 It was a hot summer morning in June of 2015, when workers arrived at the Grafton Aquatic Center to find a disturbing site.

The outdoor pool was filled with monitors, computers, phones, and other electronics, taken from inside the building.

"They discovered that the building had been broken into during overnight hours," says Grafton Police Captain Joseph Gabrish.

In addition to the destroyed property, a laptop was reported stolen. Police also noticed something else - A trail of blood running through the inside of the building.

"The individual must have cut himself," says Gabrish.

Police collected a sample of the blood and sent it off to the state crime lab, where it was entered into the state's Codis system.

"The technology has been advancing so fast, that it allows us to take these minute amounts and analyze them" says Gossett.

There's just one issue, it's a very slow process, and the state prioritizes violent crimes over things like a burglary.

Police continued to investigate leads, until the first break in the case. Six months after the break-in, police say the stolen laptop pinged to 19-year-old Jonathan Prag's home, just down the block from the pool. When police showed up to interview him, they were told they could only speak to his attorney.

"That person did not wish to talk to police," says Gabrish.

Gabrish says that ping wasn't enough evidence to establish a search or arrest warrant. The department had seemingly hit a dead end.

But 18 months after the crime, they got the break they needed.

The state crime lab confirmed the DNA belonged to Jonathan Prag, who was required to provide a blood sample after a previous misdemeanor.

"The program will run against itself periodically, one file against another," he says. "It could be years down the line, but that's essentially how it works."

On January 20th, he was arrested and charged with felony burglary.

"I think for a police officer, there's nothing better than when you have an unsolved crime that you work on for a long period of time, to see it finally resolved," says Gabrish. "It may take a little time, but eventually we'll get to it."