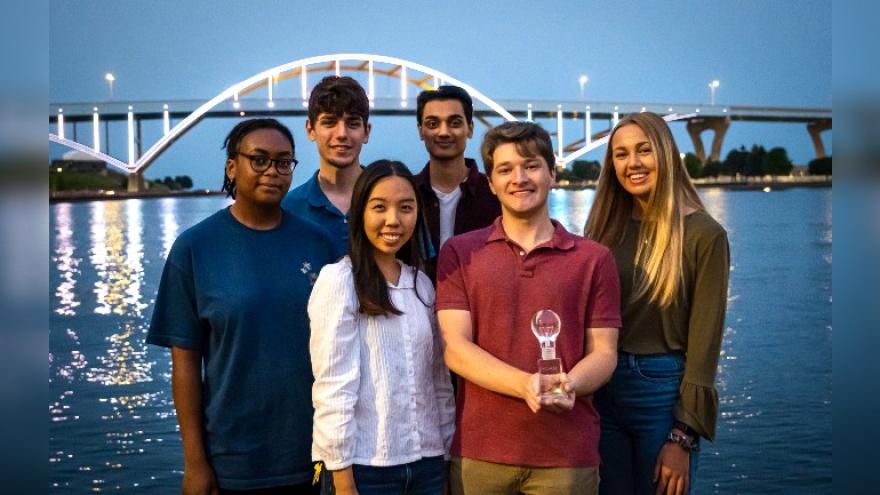 MILWAUKEE (CBS 58) -- Local interns with Direct Supply have been named the winning team of Milwaukee's first Intern Challenge hosted by Light the Hoan.

Northwestern Mutual came up with a challenge, giving young people the chance to code a light show on the bridge. Teams of interns from eight local companies competed. The interns created light shows that reflected their companies. The designs were shown to the public over four nights, beginning July 29.

The design used the color gold to represent the golden age of seniors to reflect the company's mission of bringing what is next to senior healthcare.

Each individual intern on the winning team won a complimentary roundtrip ticket from Southwest Airlines.

“The Light the Hoan Intern Challenge provided our interns with a valuable experience,” said Wade Krogwold, Campus Recruiting Manager at Direct Supply. “Working together, they had to not only define the message they wanted to express about Direct Supply, but also communicate it in a very unique medium. It’s an experience that they will not soon forget!”