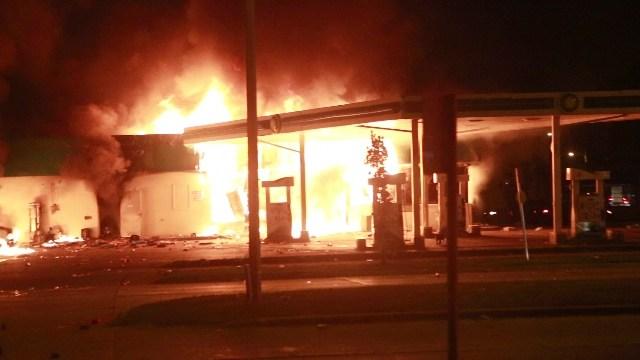 Demonstrators on Saturday night broken into then vandalized and finally burned a BP Gas Station near Milwaukee's Sherman Park.

According to Mayor Barrett there were three individuals inside of the gas station when the vandalism began.

All of them got out before the gas station went up in flames.

This gas station was in the news in July when protestors claimed an employee fired a gun towards children.

The owner said his son was working at the time. Some kids where banging on the window while waiting in line to come inside the store. The store doesn't let more than two teens inside at a time. Witnesses said the employee walked outside of the store and started firing shots at the teens. The owner said the shots were fired into the air. The employee has since been fired.

The employee said he feared for his life when he fired the shots into the air.