Deli owner collects and replies to hundreds of "letters to Santa" 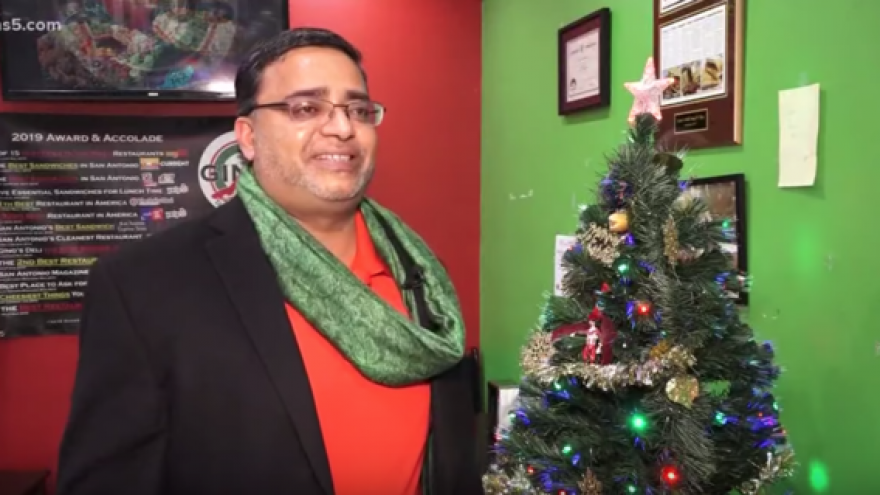 SAN ANTONIO, Texas (CBS NEWS) -- Gino's Stop-N-Buy in San Antonio, Texas, looks like your average deli – but it's almost like a secret portal to the North Pole. That's because deli owner Aleem Chaudhry is known for reading and replying to hundreds of kids' Christmas wish lists.

It all started last year, when Chaudhry bought a Christmas mailbox. Kids didn't treat it like a regular decoration – they started dropping their letters to Santa inside.

"My wife told me, 'Just bring it to the store.' And I brought it and it just took off after that," Chaudhry told KENS 5.

Little did he know, Gino's Deli would soon turn into "Gino's Santa Mail Delivery Service." He collected a whopping 400 letters to Santa – and Chaudhry responded to every single one. He plans on doing the same thing this year.

"Last year we had 60 letters by December 15 or so," the deli owner said. "We have more than that already."

Chaudhry put some crayons out so kids could write their Christmas lists and put them in the bright red mailbox. He's already received some interesting ones.

"This little kid wants toys for his puppy, a puppy named Officer," Chaudhry said. "This lady is looking for funding for a movie she wants to make."

Some of the letter-writers don't want presents. They simply want to ask Santa questions like, "How can reindeer fly?"

"Are you really coming down the chimney? Why don't you use the front door?" a girl named Allie wrote.

If parents go to Gino's without their kids, they can fill out forms so the little ones will still receive a letter from Santa. "Just fill out the form with your name, address, what the kids want," Chaudhry said.

Playing Santa and responding to hundreds of letters is not easy – but for Chaudhry, it's all worth it. "What's better is when I look at the parents, and the parents look so happy," he said.