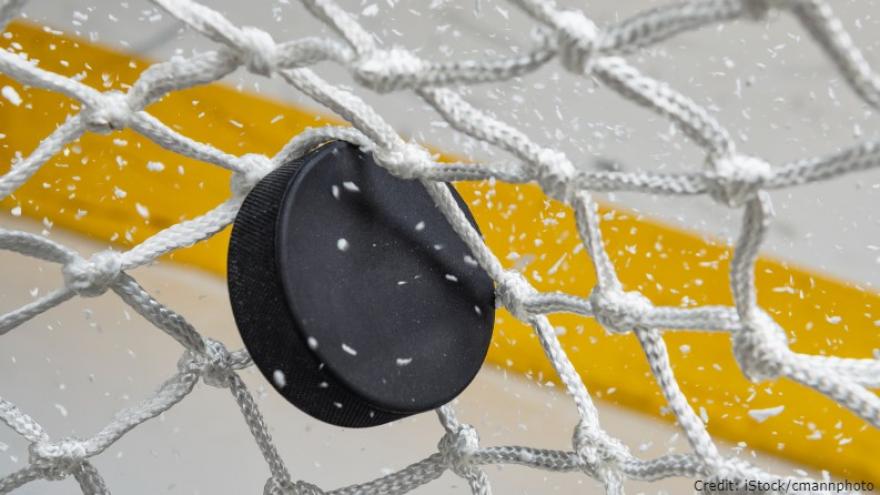 Decker's been a household name to many in the area for over a decade. Her brother says this latest injury, sadly, will prevent her from playing any more of the tournament in Beijing.

The fall happened in the first 10 minutes of Team USA's preliminary women's hockey match against Finland.

"Over the years, injuries come and go, but you can tell when -- when she falls and stays down, I knew something was up," said Ben Decker, Brianna's brother.

Colliding with a Finland player at the net left Decker with a broken leg and heart.

"So she ended up breaking her fibula and that's the news we got," Ben Decker said.

Ben Decker is at home, and he got to talk to his sister by phone afterward.

"Her ton of voice and what not, and that's where I could tell," he said. "For the most part, Brianna's in good spirits, she understands that injuries happen, it's part of the game. Yes, it's a bummer because you train three or four years."

Questions remain, some wondering whether there was foul play against the 2018 gold medalist.

"To me, I don't think it was necessarily a dirty play or what not," said Ben Decker. "I think they just got tangled, it's tough to tell.

When Decker's back in Wisconsin, she's known to give back to aspiring hockey players like the girls in Lake Country.

"She's come home and skated with the girls before and she's incredibly gifted as a coach just as much as a player," said Jake Gould, Lake Country Warhawks U12 coach.

That's why the Dousman native is well-known and loved in Waukesha County.

"We got to have pucks signed, jerseys signed, and we got to take a picture with her in front of the American flag," said Addie Gollup of the Lake Country Warhawks U12 team. "It was so cool."

To this day, Gollup wears Decker's name on her helmet.

"She signed my helmet on a piece of tape and not only does it bring me good luck, but it lets me know that Brianna Decker has always impacted me."

The Decker family says it's unfortunate that Brianna won't be on the ice for the rest of the games, but they know she'll find a way to be part of the team and support them.