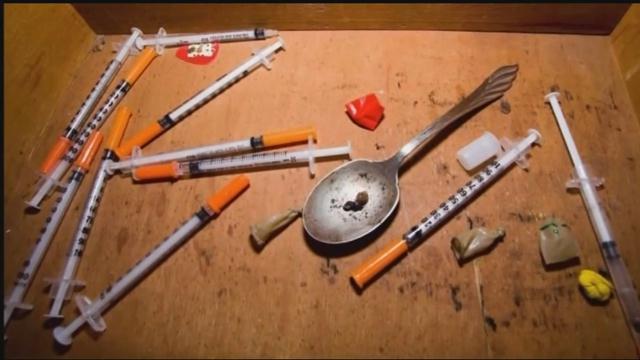 The white house is trying to call more attention to the heroin and opioid problem. President Barack Obama has declared this week “Prescription Opioid and Heroin Epidemic Awareness Week”.

Robert bell, assistant special agent in charge of the DEA’s Milwaukee district office, says the agency has evolved to battle the issue.

Bell also says while the DEA is working hard to take down the people selling the highly addictive drugs. He says this epidemic has caused the DEA to focus more on community outreach and prevention education.

However, he says a drug called Fentynal has made that fight much harder.

“Fentynal is deadly. It's the variable that is outside the box of the typical opioid-pain, heroin, pain killer cycle of abuse. Fentynal has become more prolific and available, and is killing people in droves. Fentynal is a drug of mass destruction." Bell said.

Fentynal was originally developed as a powerful pain killer. According to the DEA’s website “The biological effects of the fentanyls are indistinguishable from those of heroin, with the exception that the fentanyls may be hundreds of times more potent. Fentanyls are most commonly used by intravenous administration, but like heroin, they may also be smoked or snorted.”

The DEA has some online resources available as part of its “360 Strategy” program: