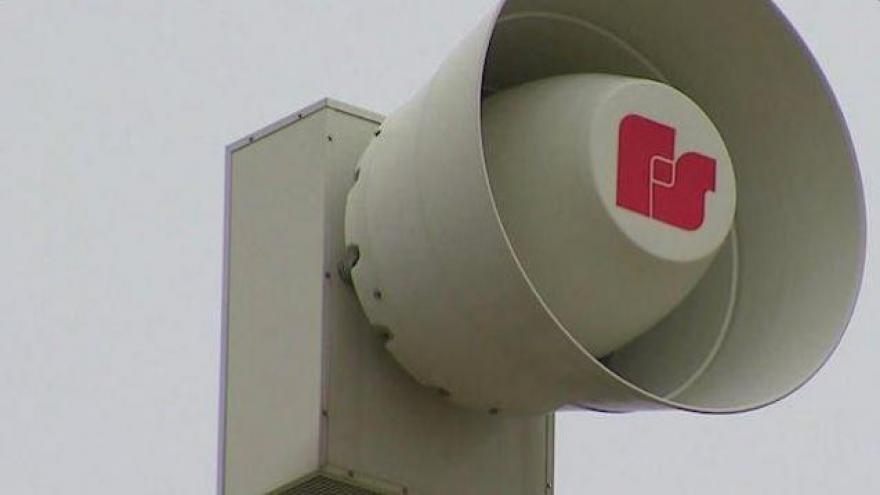 (AP) — Dallas' emergency siren system was hacked overnight, resulting in them sporadically sounding for about an hour and a half and forcing officials to have to shut down the system, they said Saturday.

The person or people responsible were able to hack into a part of the system that was communicating with all 156 of the city's sirens, Rocky Vaz, who heads the city's Office of Emergency Management, said at a news conference.

He said his office eventually had to shut down the system, which is used to alert people to shelter indoors during severe weather. Technicians are trying to determine how to bring the system back online without the risk of it being hacked again, he said. In the meantime, the public has access to other alert systems, including reverse 911.

The sirens were activated at 11:42 PM on Friday. Officials deactivated the entire system by 1:17 AM Saturday. Vaz said the sirens went through about 15 cycles of a 90-second siren activation.

\"We shut it down as quickly as we could, taking into consideration all of the precautions and protocols we had to take to make sure that we were not compromising our 156 siren system,\" he said.

City spokeswoman Sana Syed said investigators believe the hack came from the Dallas area. Vaz said city officials have asked the Federal Communications Commission for help in determining who was behind the hack. He said police were not involved yet.

\"We can't talk a whole lot about the hack itself, because obviously we don't want this to happen again,\" Syed said.