Dallas Chief: "We're Asking Cops to Do too Much" 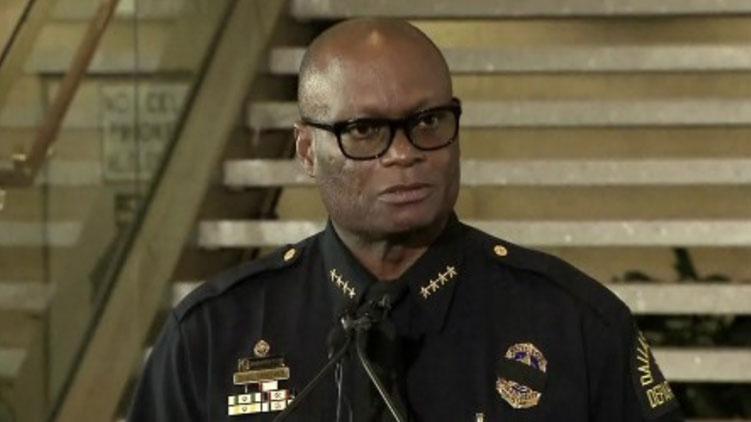 DALLAS (CBS NEWS)-- Police in the U.S. are being asked to "do too much," Dallas Police Chief David Brown said Monday.

Police officers grapple with "societal failures" over issues including mental health, drug addiction, and schooling that they're not equipped to handle, Brown said.

"Policing was never meant to solve these problems," Brown said. "I ask other parts of our democracy as well as the free press to help us not put that burden all on law enforcement to resolve."

Brown's comments came after five officers were shot dead and nine others were wounded Thursday night in a gunman's attack during a protest over the recent police shootings of two black men in Minnesota and Louisiana. Police say 25-year-old Micah Johnson also wounded two civilians before engaging in a standoff with police in a downtown Dallas building.

In an unprecedented move, officers used a remote-controlled bomb robot with an explosive device attached to kill the suspect after hours of negotiations broke down.

Brown defended the use of the robot, saying Johnson had already killed and wounded officers, was asking how many cops he had killed and told g a negotiator he wanted to kill more.

Officers improvised the method in about 15 to 20 minutes, he said. Brown said the robot, which was purchased in 2008 for $151,000, is damaged but still functional.

Brown said officers across the country are "on edge" in the wake of the targeted attacks, and said he himself had received a death threat over the department's Facebook page.

"There is a heightened sense of awareness around threats we've received all over the country," Brown said.

Authorities are downloading more than 170 hours of officers' body camera footage and collecting "countless hours" of dash cam video as well, along with surveillance footage from local businesses to try to piece together a timeline. They're also reviewing more than 300 statements and are hoping to talk to more officers who were at the scene but haven't yet been interviewed.

Police have said they believe Johnson had plans for a larger attack. They say he had a journal containing combat tactics and an arsenal two years in the making, including guns and bomb-making materials -- enough, police say, to cause devastating effects to Dallas and the surrounding area.

Officials are working to determine the meaning of the message "RB," which they say Johnson scrawled in blood at two locations inside the downtown building. Police are also searching Johnson's laptop and cellphones to try and find out whether anyone may have helped him plan Thursday's attack.

"We want to make sure there's nobody else out there that had something to do with this," Brown said.

Brown emphasized his department's focus on community policing and cited the city's 50 percent overall reduction in crime over the past 12 years.