Cudahy residents still displaced, apartment might not be fixed until Monday 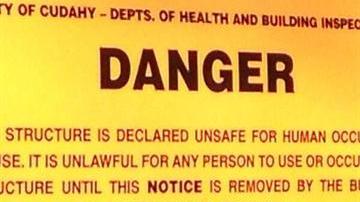 CUDAHY -- CBS 58 first told you about this story Tuesday at noon. 19 people are in limbo after they were told to leave their apartment because of unsafe living conditions. Now they might be stuck through Monday.


Most stayed in a hotel again last night.  The owners son says they're working to fix the boiler but also have other code violations.  He says they are minor and will get fixed.


This isn't new for city leaders though.  The building owner has racked up fines and violations on multiple properties.

They even had a special common council meeting about this at the end of January.  At that meeting the owner was fined more than $7,000.


\"It's become a drain of resources for the city,\" Moralez said.  \"We've been dedicating a lot of time and energy. The police are consistently at his location. It's not fair to the taxpayers and the other people in the community to have to bear the brunt of the problems these are causing.\"

The alderman says the city will try to help the citizens if needed. The owner says they're going to relocate the tenants into other properties he owns.