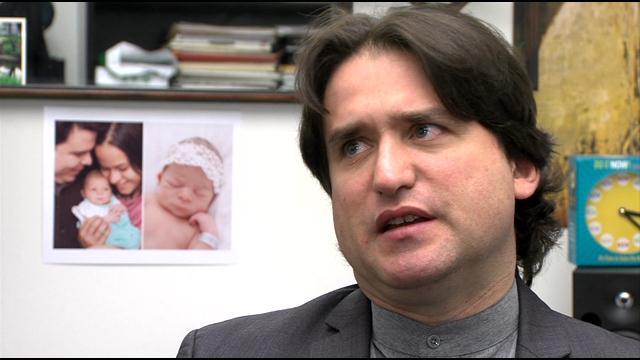 For the first time in half a century, the United States and Cuba are moving closer to normal diplomatic relations.

President Obama announced Wednesday that the U.S. will have an embassy in Havana and allow some previously banned travel and trade with the communist island.

The announcement came after a prisoner swap that secured the release of American Alan Gross who was threatening to go on hunger strike after being held for five years for alleged spying.

UW Milwaukee Professor Rene Izquierdo knows something about the oppressive nature of the Cuban government.

He escaped at 19 to avoid being recruited into the army and escape the persecution his family endured when it was learned that they wanted to defect.

After three years working in a Miami warehouse, he went on to graduate from Yale, study in Paris, and start the UW Milwaukee Classical Guitar Program.

When CBS 58 News stopped by his office, he played songs of his homeland.

\"It seems like a festive day, but it's a double edged sword,\" explained Izquierdo. \"I think the precedent is trying to change some of that. However, I think we must continue to pressure the communist system.\"

The embargo doesn't end with this announcement and U.S. citizens still can't travel freely to Cuba.

Still,  a growing number of observers say this is deserving of the historic title, considering the involvement of Pope Francis is getting to the two leaders to talk and with diplomats meeting on neutral ground.

\"Canada was involved and these negotiations had actually began more than a year ago,\" explained Raul Galvan, Ph.D. who is Manager of Program Production at Milwaukee Public Television.

Professor Izqierdo also points out that Cuban citizens are still without access to the internet or firearms.  The kinds of rights Americans have grown so accustomed to enjoying.

In his mind, a song of freedom not yet ready to be played.