Criminals will be caught on tape through Operation Alley Cat 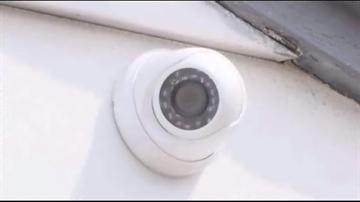 MILWAUKEE -- Surveillance cameras monitored by Milwaukee police will soon keep constant eyes on several south side alleys in an effort to combat crime.

It's part of Operation Alley Cat, a pilot program.  Privately-funded cameras will be installed in alleys within Milwaukee Police District 2.

The target area is bounded by W. Pierce Street to the north, W. Lincoln Avenue to the south, S. 16th Street/Cesar Chavez Drive to the east and S. 38th Street to the west.

Alderman Bob Donovan says the project adds an extra layer of security and will deter neighborhood nuisances and crime, such as illegal dumping, graffiti, burglaries, drug dealing and drug use.

\"You think criminals hate alley lighting, just wait until they see the cameras being installed as part of Operation Alley Cat,\" Donovan said. \"They'll scurry away like rats from a sinking ship.\"