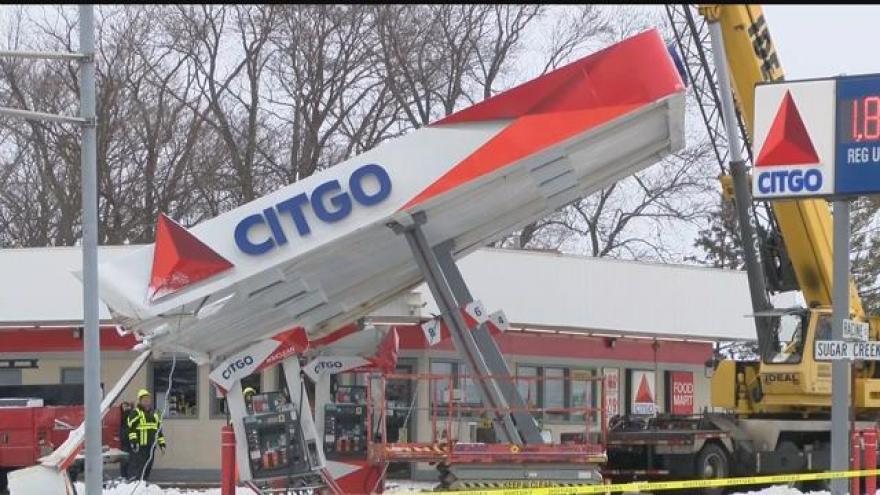 You can see crews working behind me on breaking down and hauling away this collapsed gas station canopy here in Delavan. This thing went down during Monday's big ice and snow storm. Nobody was hurt, but there was a car damaged in that. Tuesday it was all about cleaning things up and trying to get things back up and running.

Saws, cables, and a crane: that's how you clean up a fallen gas station canopy.

"We'll cut it apart and haul it out on a big semi-truck."

Chris Storey has experience putting up gas station canopies and taking them down. He says his company usually gets involved in cleaning up one to two canopy collapses a year.

"This one here… there was no evidence there was anything visible at all that this would happen," Storey said.

A spokesperson for the state's Department of Safety and Professional Services says most gas station canopies are too small to fall under building code regulations. Therefore, they aren't inspected by the state. Storey says newer canopies are more stable because they have more support than the one that fell in Delavan.

"Now days they build a lot of them tabletop and that would be a four post structure or larger… and that prevents stuff like this from happening. That's what this will be replaced with."

This gas station is owned by a local company. The manager here tells me people who run that company just gave out large bonuses to all the employees who work here days before this collapse happened.