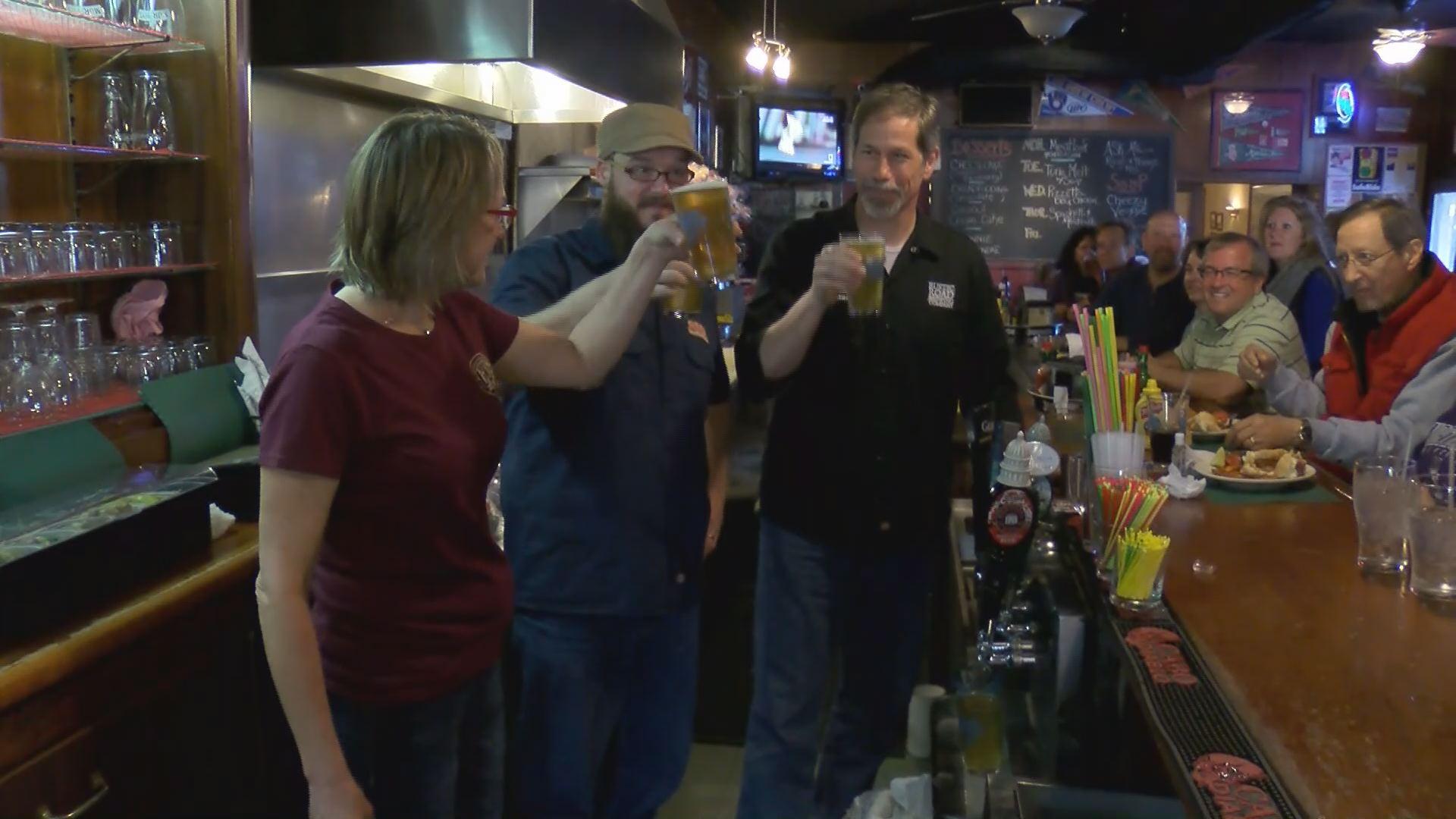 The second annual craft beer week in Kenosha kicked off Monday night at TG's bar and grill where organizers unveiled a new cold one for customers to enjoy.

Beer lovers got a chance to taste the Honey Basil Kolsh.

If you're looking for locally brewed beer in Kenosha, Rustic Road and Public Brewing Company are the main two competitors in town.

But in celebration of bringing beer lovers together, the two breweries teamed up to release their new drink.

\"It's an opportunity to do something a little different and creative\", said Geary.

Three years ago, craft beer lovers had to go elsewhere to find a new brew. But with support from the City of Kenosha, both Rustic Road and Public opened their doors within months of each other in 2012.

That ignited the local scene, and spawned the development of the 1st ever Kenosha Craft Beer Week last year.

For Geary, who got his start as a home brewer, the event  is much bigger than drinking up for seven days.

According to the Executive Director for Downtown Kenosha, Christopher Naumann, that can lead to more growth in the City.

\"The economic potential of this is great. We're exposing people to a new market. You're seeing how these entrepreneurs and these craft beer people have taken advantage of our great building stock here\", said Naumann. \"That's really our mission with downtown Kenosha. How do we attract entrepreneurs and investors into this area?this is a great event to get people exposure to those opportunities.\"