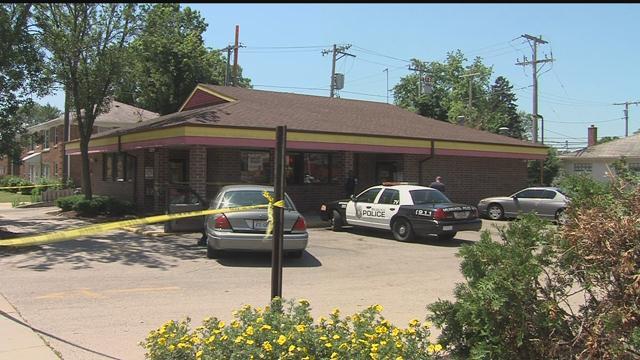 That's because Milwaukee Police say he followed the robbers outside and opened fire.

The two men who went into the shop on 76th and Burleigh expected to come out with cash, and they did, but they also got more: an  employee chasing them down with a gun.

Hagen lives nearby and comes to this Cousin's Subs nearly everyday.

"I just love a good sandwich and the fries are amazing," said Thomas Hagen.  But he didn't get his fix Monday afternoon.

"Oh they got robbed again," he said when he found out.

The restaurant closed down for the rest of the day after police say two men went into the restaurant, pointed a gun at employees and got money from the safe.

But when the men ran out of the store police tell us, an employee chased the men; firing shots from his own gun as all three of them ran down 76th Street.

Cousins has no sign posted prohibiting concealed weapons and neither police nor the restaurant could tell us why this employee had a gun with him while he was working.

Cousins released a statement saying in part "the employee acted contrary to our policy, which states that all staff are prohibited from having possession of a weapon while on company property or while on company business."

Other businesses told us robberies are pretty common in that area, common enough that Hagen says hes not surprised.

"Have you ever seen someone with a gun in there before? No of course not but I can imagine if they're getting robbed every so often it wouldn't be news to me if this time they decided this time we'll be prepared," he said.

But its a bit much for others like these two young teens who heard the gunfire.

"If  they didn't have guns we'd be better off. Who? The employees," said the teens.

Those two suspects have yet to be caught. Meanwhile, we asked but still don't know if the employee had a permit for that gun or if he's going to be fired, but we do know he's facing  a possible charge of endangering safety by use of a weapon.