Court docs: Driver of sweltering truck said he didn't know immigrants were inside 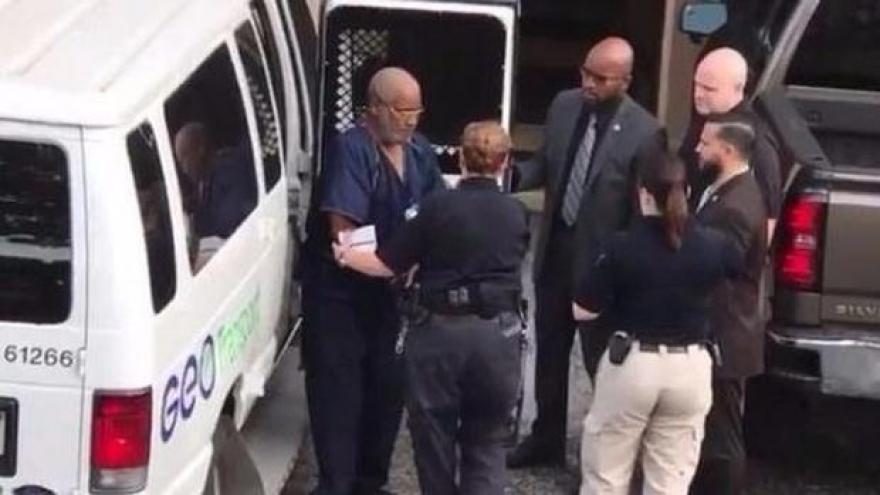 SAN ANTONIO -- The driver of a broiling tractor-trailer found packed with immigrants outside a Walmart in San Antonio was charged Monday in the deaths of 10 of his passengers and could face the death penalty.

Over the weekend, authorities discovered eight bodies inside the crowded 18-wheeler parked in the summer heat, and two more victims died at the hospital. Officials feared the death toll could rise because nearly 20 others rescued from the truck were in dire condition, many suffering from extreme dehydration and heatstroke.

In outlining their immigrant-smuggling case against James Matthew Bradley Jr., 60, federal prosecutors depicted the trailer as pitch-black, crammed with somewhere around 90 people, or more by some estimates, and so suffocatingly hot that one passenger said they took turns breathing through a hole and pounding on the walls to get the driver's attention.

Bradley told investigators that the trailer had been sold and he was transporting it for his boss from Iowa to Brownsville, Texas, and that he was unaware people were inside until he parked and got out to urinate.

After hearing banging and shaking, he opened the door and was "surprised when he was run over by 'Spanish' people and knocked to the ground," according to a criminal complaint.

Bradley allegedly told investigators he "noticed bodies just lying on the floor like meat." Bradley said he knew at least one of them was dead, according to the affidavit.

He allegedly told investigators that he knew the trailer refrigeration system didn't work and that the four ventilation holes were probably clogged. He also said he called his wife but did not call 911, even though he realized at least one person was already dead.

Bradley appeared in federal court Monday on charges of illegally transporting immigrants for financial gain, resulting in death. The Clearwater, Florida, man was ordered held for another hearing on Thursday and said nothing in court about what happened.

The truck had an Iowa license plate and was registered to Pyle Transportation Inc. of Schaller, Iowa. Company President Brian Pyle said that he had sold the truck to a man in Mexico in May and that Bradley was an independent contractor who was supposed to deliver it to a pick-up point in Brownsville.

Pyle said he had no idea of any problems with the truck until the news media started to call Sunday following reports of the deaths in San Antonio.

"I'm absolutely sorry it happened. I really am. It's shocking. I'm sorry my name was on it," Pyle said, referring to the truck.

One survivor told investigators that he left his home in Aguascalientes, Mexico, and traveled to Nuevo Laredo, Tamaulipas and met with smugglers who offered to transport him to the U.S. for $5,500.

He said his smuggler told him people linked to the Zetas, a notorious Mexican cartel, would charge 11,000 Mexican pesos for protection and 1,500 Mexican pesos to cross a river into the U.S. by raft since he river "ran deep in that area," the complaint said. The passenger told investigators that he crossed the Mexican border into the U.S. by raft with about 28 others in three trips.

The undocumented immigrant told investigators that once across, the group walked until the next day, when they were picked up by a silver Chevrolet Silverado truck and taken to the trailer. He said his group was the last of a larger group that was already inside, and estimated there were already about 70 people in the rig.

He said he was told to get inside the truck and he would be transported later that evening to San Antonio, which is about a 150-mile drive from the Mexican border.

"The smugglers closed the door and the interior of the trailer was already pitch black and it was already hot inside," the complaint said. "He stated they were not provided with any water or food. People inside were making noise to get someone's attention but nobody ever came."

The man said during the first hour of the trip, everyone seemed okay, but soon the immigrants inside began to struggle to breathe and started passing out.

"People began hitting the trailer walls and making noise to get the driver's attention," the complaint says. "The driver never stopped. People had a hole in the trailer wall to provide some ventilation and they started taking turns breathing through the hole."

The passenger said upon arriving in San Antonio the driver braked hard and "people inside the trailer fell over because they were so weak." The rear door was opened, and people started to swarm out, the complaint says.  He said six black SUVs were waiting to pick people up, but were full in a matter of minutes and left right away. The man said he did not see the driver of the semi-truck.

Another undocumented immigrant who rode in the truck told Homeland Security investigators he was traveling with about seven relatives and their destination was San Antonio. He said his group had 24 people and he had been in a "stash house" in Laredo, Texas for 11 days. He said when his group arrived at the tractor-trailer, there were already about 70 people inside and it was very hot. He was being treated at a hospital during the interview. 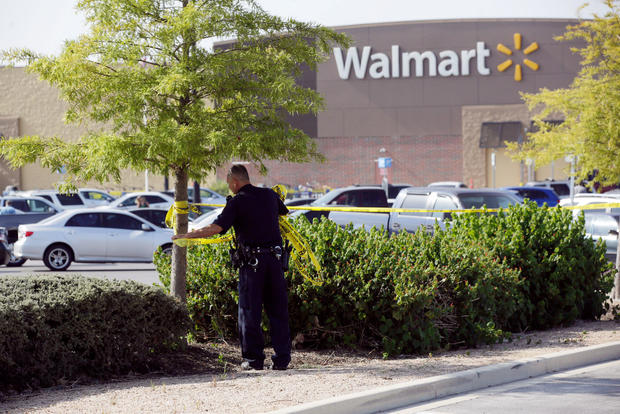 Another passenger who was also treated at a hospital said Minnesota was his final destination and he thought there were about 180-200 people in the tracto trailer when he got in, the complaint says.

At least some of those in the truck were from Mexico and Guatemala, according to diplomats from the two countries.

Latin Americans who enter the U.S. illegally often rely on smuggling networks to guide them across the border, supply them with safe houses and give them rides in the U.S. to their destination.

"Even though they have the driver in custody, I can guarantee you there's going to be many more people we're looking for to prosecute," said Thomas Homan, acting director of U.S. Immigration and Customs Enforcement.

The temperature in San Antonio reached 101 degrees on Saturday and didn't dip below 90 degrees until after 10 p.m.

The tragedy came to light after a person from the truck approached a Walmart employee and asked for water late Saturday night or early Sunday morning, said McManus, the police chief. The employee gave the person water and then called police.

It was the latest smuggling-by-truck operation to end in tragedy. In one of the worst cases on record in the U.S., 19 immigrants locked inside a stifling rig died in Victoria, Texas, in 2003.

Immigrants' rights activists have blamed federal and Texas authorities' hard-line immigration policies for contributing to the deaths by forcing migrants to take greater risks to reach the U.S.

"These tragedies are compounded when it's incredibly dangerous and incredibly expensive and we push migration into the hands of illicit actors," immigration activist Bob Libal said.

In the May 2003 case, the immigrants were being taken from South Texas to Houston. Prosecutors said the driver heard them begging and screaming for their lives but refused to free them. The driver was sentenced to nearly 34 years in prison.

The Border Patrol has reported at least four truck seizures this month in and around Laredo, Texas. On July 7, agents found 72 people crammed into a truck with no means of escape, the agency said. They were from Mexico, Ecuador, Guatemala and El Salvador.

Authorities in Mexico have also made a number of similar discoveries over the years.