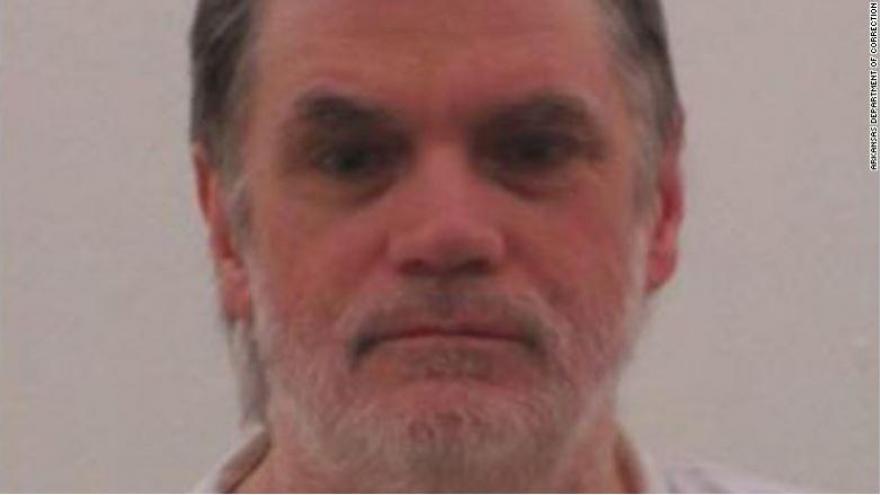 (CNN) The Arkansas Supreme Court on Friday blocked the execution of an inmate who was scheduled to die Monday.

Bruce Ward is one of eight prisoners Arkansas prison authorities planned to put to death before its supply of a lethal injection drug expires at the end of April. The state -- which has not put anyone to death for 11 years -- planned to execute the men in pairs between April 17 and April 27.

This is the second court ruling this month to stop an execution.

A federal judge on April 6 blocked the execution of Jason McGehee. The state's parole board had earlier voted to recommend that McGehee's death sentence be commuted to life without parole.

Attorneys had argued that Ward, 60, should not be executed because he's mentally incompetent. He's been on death row since 1990 for strangling a woman in a convenience store bathroom, reported CNN affiliate KARK.

After the court decision, state Attorney General Leslie Rutledge's office issued this statement: "Bruce Ward was convicted of capital murder in 1990 and the state Supreme Court has previously upheld his conviction. The court granted a stay of Ward's scheduled execution today but offered no reason for doing so. Attorney General Rutledge is evaluating options on how to proceed."

"We are grateful that the Arkansas Supreme Court has issued a stay of execution for Bruce Ward so that they may consider the serious questions presented about his sanity. He deserves a day in court for that, but in Arkansas the rules do not permit that. Instead, they give the power to director of the Department of Corrections to decide whether the department can execute someone or not. That is both unfair and unconstitutional.

"Mr. Ward's severe and lifelong schizophrenia and delusions, such as seeing demon dogs at the foot of his bed, have left him incompetent for execution under the constitutional standard: He has no rational understanding of the punishment he is slated to suffer or the reason why he is to suffer it. In fact, he does not believe he will ever be executed and believes he will walk out of prison a free man to great acclaim and riches. His nearly three decades in solitary confinement have only worsened his severe mental illness."

A report by a Harvard Law School initiative suggests five of the men Arkansas plans to execute, including Ward, are not mentally fit for the death penalty.

According to the report, he told a forensic psychiatrist in 2010 that he hears voices, that he gets revelations directly from God and that he will "walk out of prison to great riches and public acclaim." He says he's been visited in prison by his deceased father and "resurrected dogs."

Gov. Asa Hutchinson announced a controversial plan in March to execute eight inmates over a 10-day period starting on April 17.

Defense lawyers argued that midazolam -- the drug used to render inmates unconscious before they are given two more drugs that paralyze and kill them -- does not effectively keep those being executed from experiencing a painful death.

The second drug, pancuronium bromide, paralyzes the inmate. The third, potassium chloride, brings on cardiac arrest and stops the heart.

Ward was one of two inmates scheduled to die Monday. The other, Don William Davis is still scheduled for execution on Monday.