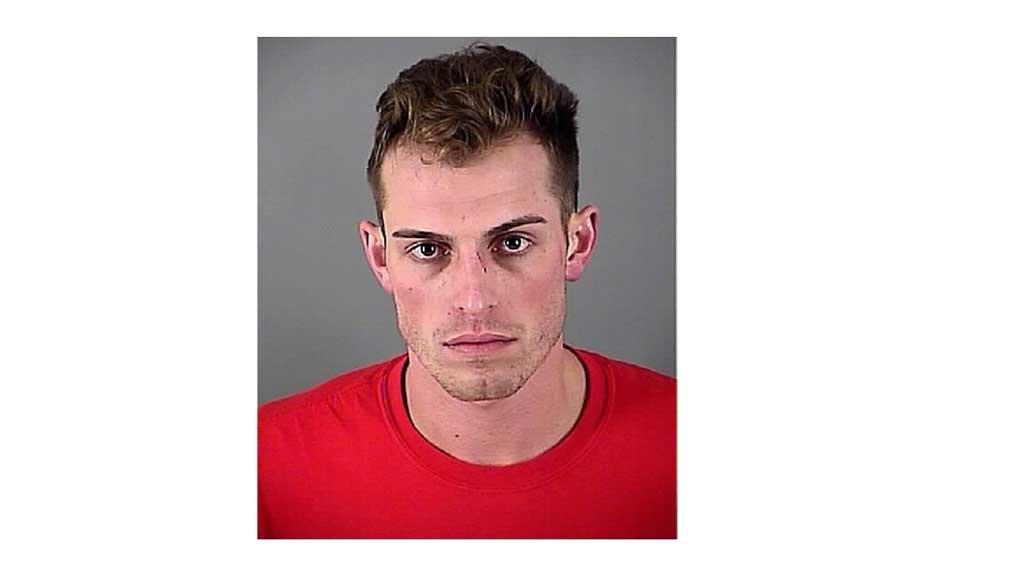 A Racine man broke into a couple’s apartment in New Berlin on Sunday and forced the male victim out of the apartment and then sexually assaulted and choked the female victim.

One of the victims told police him and his girlfriend were sleeping in their bedroom when they were awakened to Nicholas Perrelle standing over them.

According to the criminal complaint, it is believed Perrelle entered by smashing a glass patio door.

Perrelle punched the male victim in the face and chased him out of the bedroom.

He then punched the victim in the living room in the face.

The victim then noticed Perrelle had a knife, and Perrelle than forced the male victim out the front door.

He could hear Perrelle yelling and swearing at the female victim.

The male victim called police, and when police arrived the female victim was visibly shaken and a swollen red bump on her cheek.

Perrelle allegedly choked her multiple times and told her he was going to slit her throat.

He slammed her against a wall of the bathroom.

According to the criminal complaint, he sexually assaulted the female victim.

“You’re not getting out of here, I already know I’m going to jail,” Perrelle allegedly said to her.