Cops: Alleged Bank Robber Says "Excuse Me, I Have a Bomb" 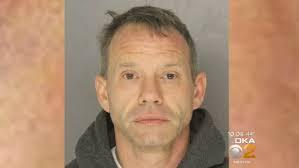 (CBSNews) MONROEVILLE, Pa. -- Police say a Pennsylvania man walked into a bank with his face covered, carrying a maroon bag and said, “I have a bomb.”

When nobody acknowledged him, Gregory Magee allegedly raised his voice much louder and said, “Excuse me, I have a bomb,” reports CBS affiliate KDKA.

After reportedly ordering bank tellers to put money in garbage bags the 47-year-old suspect had with him, police say Magee summoned the bank manager and demanded more money from the vault. A teller went into the vault, and she handed him the bag with cash. He allegedly complained that it didn’t feel like enough.

According to court papers, as the teller re-entered the vault to get more money, Magee said, “Hurry up. Get the money, or I’m going to blow everyone up.”

According to witnesses, Magee said he was desperate. He allegedly started counting backwards from 10 until the teller took more money from the vault and handed it to him.

Police reportedly set up a perimeter near where Magee was seen running in the woods in the area. He reportedly left some of his clothes by a storage shed, and crawled into a sewer pipeline.

When police found him, they helped get him out of the sewer line. He was allegedly carrying a maroon bag filled with the stolen cash, and more money was found inside the pipe. Magee later told police he had some medical issues and needed the money to survive.

No one was hurt in the stickup.

Magee was jailed for robbery charges and multiple counts of making terroristic threats.