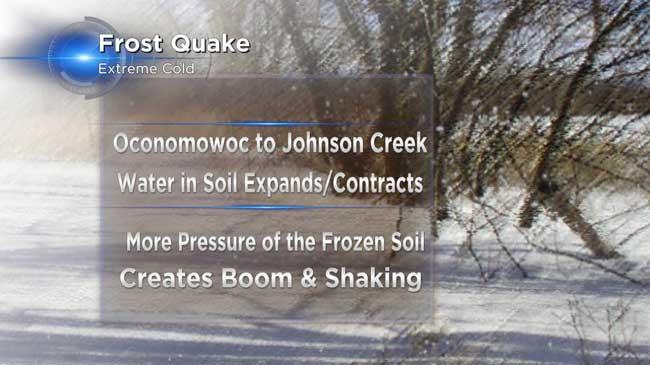 Did you happen to feel or hear something strange tonight?  We have received many calls and comments about a loud boom in Waukesha and Dodge counties.  The boom and shaking is known as a frost quake.  The National Weather Service in Milwaukee said the shaking possibly was a frost quake.

There are also reports Military exercises might have caused the shaking. We are working on getting more information.

Frost quakes are often mistaken for actual earthquakes, but they are very shallow and typically don't cause damage.