Coming Up With Ideas to Keep the Peace in Sherman Park 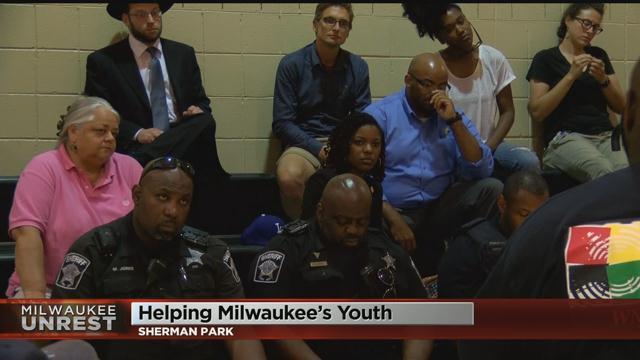 It's now been four days since the unrest in Milwaukee and community members are coming up with ways to keep the peace.

On Wednesday night, they met with police and sheriff's deputies at the Boys and Girls Club in Sherman Park.

The goal was not to debate every issue brought up but it was a chance to listen and put ideas on the table.

The end goal: helping young people find a job and further their education.

Basically give them some hope and something to look forward to.

The president of the Sherman Park Neighborhood Association told CBS 58 News that he's not happy with the choice to close Sherman Park early.

Neither are teens who use the park.

"For a lot of these kids, Sherman park is a safe haven for them. They feel safer being in the park than they do at home."

The Sherman Park Neighborhood Association has these meetings every Wednesday.

They'll be can continuing in the weeks and months ahead.

There was just a little more of a significance to them now following the violence that happened over the weekend.