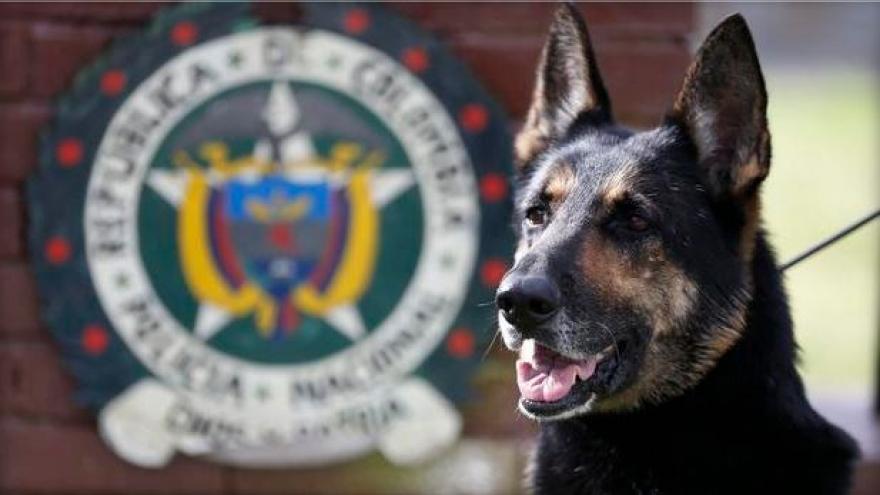 The Urabeños gang responsible for the hit request is considered Colombia's most powerful criminal organization. Police have moved Sombra to ensure her safety.

The six-year-old German shepherd is now stationed at the Bogotá Airport, which is much safer than the gang's heartland, where she used to work with counter-narcotics forces.

Police say she is accompanied by her usual handler as well as extra officers to improve her safety during her deployments.