Civil Rights Lawsuit Being Filed in Death of Derek Williams 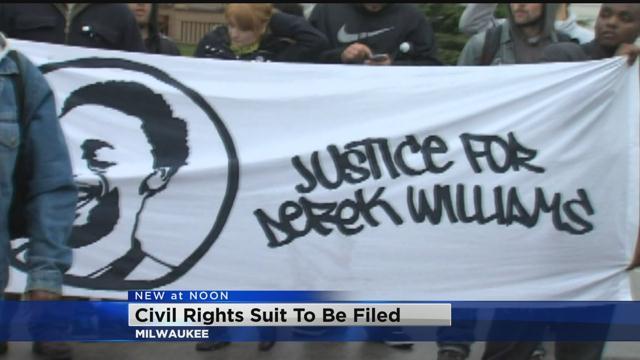 Lawyers for Derek Williams Juniors' family will announce they are filing this federal civil rights suit.

This comes on the five year anniversary of Williams' death.

Back in July of 2011, Milwaukee Police Officers arrested Williams who was a robbery suspect.

Dash cam video showed him telling officers he couldn't breathe and he later died while in their custody.

An autopsy revealed, Williams suffered from "sickle cell crisis" the night he collapsed in the back of a squad car.

But an independent medical review ruled the cause of death undetermined.

Lawyers say Milwaukee Police Department policy led to Williams' death and while that policy has been changed no officers have been held accountable.

In less than an hour those lawyers will talk about why they are filing a federal civil rights lawsuit.