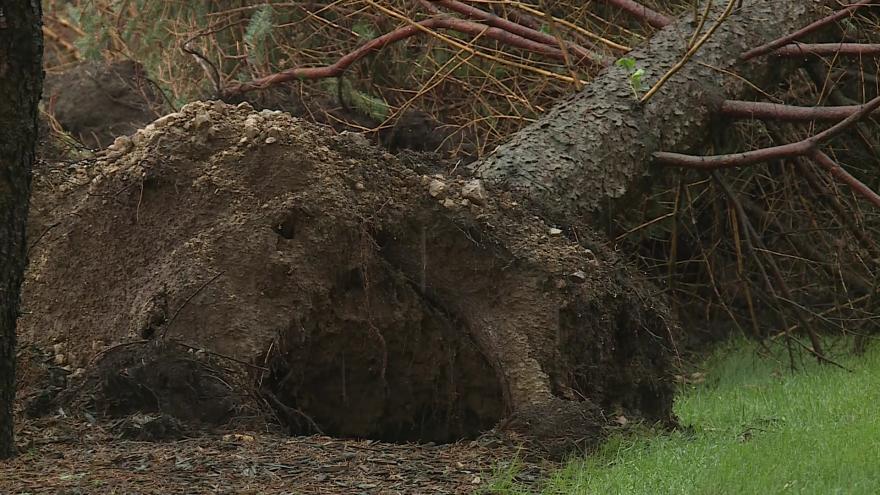 WAUPUN, Wis. (CBS 58) -- As of Wednesday morning, power crews have restored power to all but two main service lines in the city. All city streets have been cleared of debris except for parts of Bly and Franklin Streets which are closed due to downed trees and powerlines.

Fond du Lac Street in Waupun is also closed near Gateway Drive and Spring Street due to flooding.

Residents may dispose of brush at the Waupun City Garage on Madison Street or by putting debris on the curb for pickup.

WAUPUN, Wis. (CBS 58) -- Waupun Public Utility crews will continue to work through the night to restore power to as many customers as possible.

It is likely that some customers will remain without power into Wednesday.

At this point the Department of Public Works is reporting 90% of city streets are open.

Streets that are not open are a result of wires entangled in downed trees and those blockages will be addressed at daylight.

WAUPUN, Wis. (CBS 58) --The City of Waupun has declared a state of emergency and is seeking assistance from county and state resources.

At approximately 4 p.m., the city was hit by strong thunderstorms that were associated with a tornado warning.  Damage assessments are underway. Power is out throughout the city and there are downed power lines.  Citizens are reminded to stay clear of downed lines as they may still be energized.   It is recommended that if electronic devices are running low on power that they are connected to a power source in a vehicle to charge those devices.  Residents are instructed to take pictures and contact their insurance company to report property damage.  With sump pumps not running, residents are reminded to check their basements and move valuables to higher storage to avoid potential water damage.

A curfew has been established at 10 p.m. on Tuesday, August 28 until 6 a.m. on Wednesday, August 29.  During the time the curfew is in order, residents are required to stay off the roadways.  No entry into the city will be granted unless proof of residency is provided or for shift workers reporting to work within the city limits with their employer issued identification.  Waupun Public Utility crews are assessing downed power lines and Department of Public Works crews are addressing down trees and other damages.  At this time we are not aware of any injuries.  We have checked with all Senior living and assisted care facilities and Waupun Memorial Hospital.  At this time their needs have been addressed and we will continue to monitor the situation.

If residents are unable to stay in their home, a shelter has been opened at Brandon Elementary School, 200 West Bowen Street, Brandon, WI.  Residents who cannot self-transport are asked to call 920-324-7920 and transportation will be provided.  An Emergency Operations Center has been established at Waupun Public Utilities and we will be issuing an updated communication at 10:00 p.m.