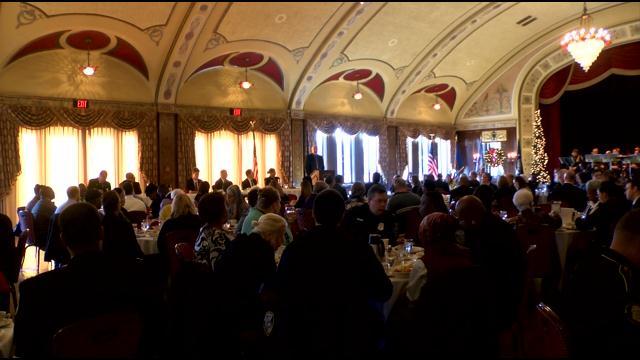 Police said the event was about the unspoken heroes. They said with the community's help and the public's support, they can put a stop to the amount of violence happening in the city.

\"The message we want to send is that we are grateful. We are eternally grateful for what the community does,\" said Cpt. Peter Pierce.

The event comes in a time when the city has experienced a month filled with violence.

There have already been 14 homicides this year. This time last year, there was only one.

Mayor Barrett said its about building a relationship with the community.

\"We have to build more trust, and it has to go both ways,\"said Barrett.