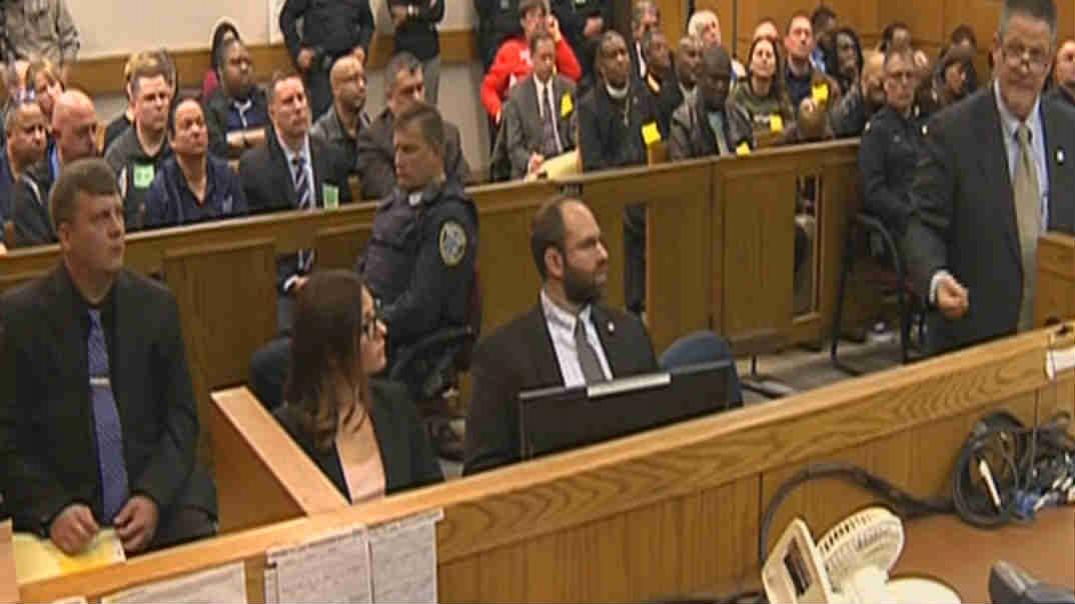 Dressed in a suit and tie, Christopher Manney appeared in public for the first time since he shot and killed Dontre Hamilton in Red Arrow Park last April.

He listened intently as post shooting audio recordings were replayed. In the recordings, he explained his fear as he struggled with Hamilton, \"Obviously, his strength was very superhuman leading up this, very, very strong. I was fatigued.\"

Just feet away, Nate Hamilton, the brother of Dontre, was in the gallery, also listening carefully.

\"It's going okay, we heard a lot of things in there that showed he had no right to pat Dontre down,\" Hamilton said.

When Chief Ed Flynn announced Manney's termination in October, he said it was because Manney conducted an out of procedure pat down of an emotionally disturbed individual.

That lead to a violent struggle for Manney's baton and then Manney shooting Hamilton 14 times.

The district attorney later ruled the shooting was in self defense.

But at the hearing Thursday in municipal court, Manney's attorney said there was no violation of protocol.

Back on April 30th, there were multiple calls coming into Milwaukee Police about a man sleeping near the Starbucks in the downtown Red Arrow Park.

Manney was the second officer to respond that day.

The first officer to answer the call was Robert Fitchett who was training another officer that day and both responded.

Fitchett testified that Hamilton's behavior had not aroused his suspicion in any way.

\"We observed Mr. Hamilton lying next to the Red Arrow Park monument,\" said the officer and Air Force Veteran. \"We ascertained his status, made sure he was okay.\"

Officer Fitchett said Hamilton appeared neither homeless or emotionally disturbed. He thought he was a student at MATC.