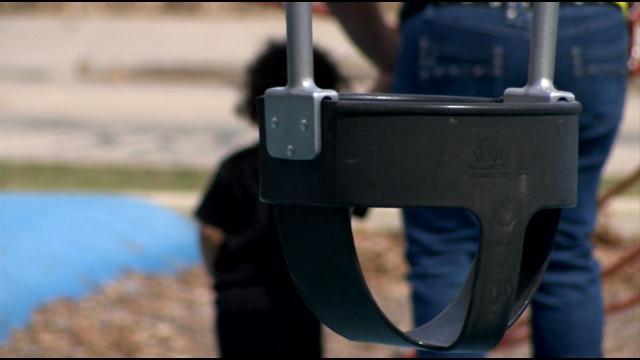 ? While spending some time in a local park recently, I got talking with a mother who was watching her young son.

Of course the conversation centered around how cute the little boy is, but also their hopes for his education and future and a troubling little problem she uncovered when registering him for school recently.

\"I went to get his social security card and his birth certificate and they were missing.\"

She's a meticulous record keeper and said it happened during the course of a move and she came to only one conclusion. Somebody had taken them.

For her, the main concern was getting the documents replaced so she could enroll her son in school. But then I filled her in on a recent investigation I was doing about child identity theft.

Just hours earlier I had a conversation with Postal Inspector Brian Haraway I learned that thieves are finding easier targets among children. The allure is obvious.

\"The criminal can use that child's name.\" he explained, \"and pretty much have a fresh start with that child's credit history.\"

Carnegie Mellon researchers have concluded in this cyber centric world protecting your child's future credit rating has become more of a challenge.

10% of just over 4,000 children in their study had somebody else using their social security number. That's 51 times higher than the rate of adult identity theft.

Victims were as young as five months old and one victim, a 16 year old,  had fraudulent charges in her name that totaled $725,000.

The main problem seems to be that kids don't use their credit,  so they're not checking their credit scores which would help them identify if a theft has occurred.

Warning signs that your child's identity has been compromised include rejection letters or prepaid credit card offers in your child's name.

Check credit under your child's name and warn them about the risks of sharing personal information, especially online.

There's also a relatively new law in Wisconsin that allows parents to create and freeze credit records for children until they turn 16. Nobody can tap into it.

\"I can only imagine how terrible it would be to start your adult life and realize your identity has been compromised by a criminal.\"