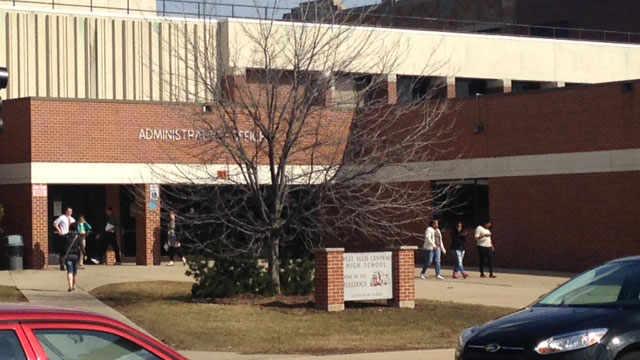 Students from Central High School were evacuated to Franklin Elementary and the superintendent tells us they are offering a reward for anyone who identifies the person calling in bomb threats.

This is the fourth bomb threat they've had this year and police advised them to evacuate the building but police wouldn't say if they thought it was a credible threat. The superintendent tells us they're canceling class tomorrow to sit down with police and come up with a plan to address the threats.

They say this threat was called into the school office. School administrators says are now offering a one thousand dollar reward, and plan to press charges when they find the person responsible. The superintendent says this is becoming a downright annoyance.

"Frustration is probably the better word. I spoke to a young man across the street who said why should I come tomorrow, if it happens tomorrow I'll have another day of school lost. That's why we're reviewing everything to make sure we're providing what we promise--- which is a safe learning environment where learning takes place all day."

We are still actively investigating the previous threats, but no arrests have been made at this time.

Central High School has received several bomb threats phoned into the school in the past few days.

The school is closed Wednesday and Thursday and there is a $1000 reward.

Tuesday morning the school received a bomb threat, but it did not evacuate the building but worked with authorities to make sure the field house was safe and then moved the students there to clear the entire building.

Students returned to class around 11:45 AM.

Students who call in bomb threats face expulsion, criminal charges, and may be required to repay costs associated with these incidents.

“We need students to help bring an end to these threats and report what they know to school and local authorities,” wrote West Allis-West Milwaukee School District’s Superintendent.