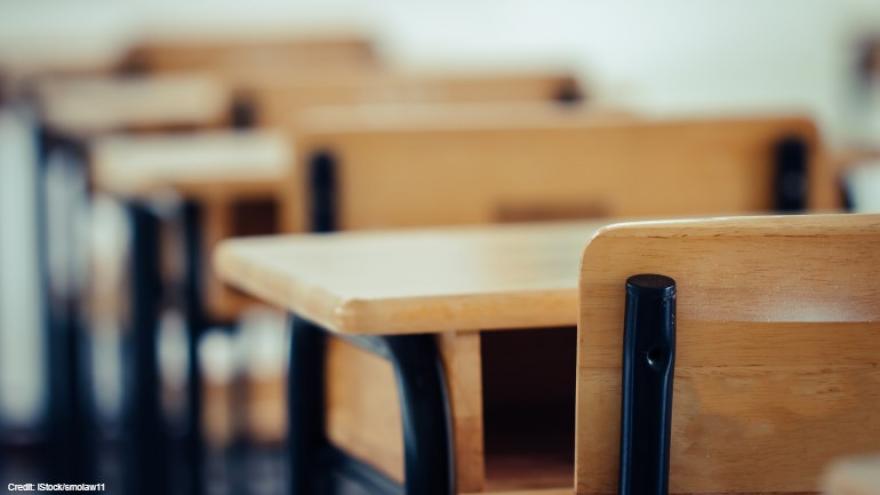 SOUTHEAST WISCONSIN (CBS 58) - Vice President Mike Pence announced Wednesday, July 8, that the Centers for Disease Control would come out with new guidelines next week for schools reopening this fall.

“We don’t want the guidance from CDC to be a reason why schools don’t open,” said Vice President Pence.

The announcement by the vice president comes after a tweet by the president saying the CDC’s current guidelines are "very tough" and "expensive" for schools.

I disagree with @CDCgov on their very tough & expensive guidelines for opening schools. While they want them open, they are asking schools to do very impractical things. I will be meeting with them!!!

Area parents say it’s hard to know if it will be safe or not by the fall with the ever-changing climate of the pandemic. As CBS 58 reported, case trends in our area have gone in the wrong direction the last two weeks.

During the briefing, Pence did say they would partner with state and local education officials, governors and health officers to find ways to open up schools, but they do want schools to get back in session.

“I think every American -- every American knows that we can safely reopen our schools and we want, as the president said this morning, to make sure that what we’re doing doesn’t stand in the way of that,” added Pence.

The Wisconsin Education Association Council Region 7, which covers the state's southeast region, says interference in what public health experts say is safe to do for political reasons is a major concern for educators today. They say area teachers want to get back in the classroom, but safely.

“Our educators believe that we should do whatever it takes to make sure this is done safely so that nobody gets hurt, that means that Congress needs to allocate enough resources to do that and the decisions should not be political but should be based on sound science,” said Ted Kraig, Region 7 Director for the Wisconsin Education Association Council.

Tony Staniak has a daughter returning to Germantown High School next year. He says his kids always got more out of learning in the classroom and being with their friends.

“The structure of the classroom really helps as compared to a more open setup when they’re working from home when assignments are due,” said Staniak.

At this point, Kraig says a number of schools have no set plans for the fall.

“I can’t think of any districts that have said here’s finally absolutely what we’re doing, it’s all very much up in the air,” added Kraig.

“They’re still investigating, you know, what they’re all going to do, they ask for patience from the parent community while they’re figuring it out,” said Staniak.

Kraig says opening up schools comes with a number of issues including how to figure out proper ventilation, constantly sanitize and whether masks should be required of students and teachers.

“If you look at the science it’s very obvious there should be a face mask requirement, that it helps tremendously with slowing the spread of the virus, and yet there are a number of school districts saying they don’t know if they’ll require face masks,” said Kraig.

“I guess I’m hoping that the CDC remains principled on what it needs and isn’t changing based on certain external pressures,” Staniak said.

Current CDC guidelines say the lowest risk for the spread of COVID-19 is in virtual-only classes, while the highest risk is in full-sized in-person classes.