CBD Oil Bill Not Scheduled to Be Heard 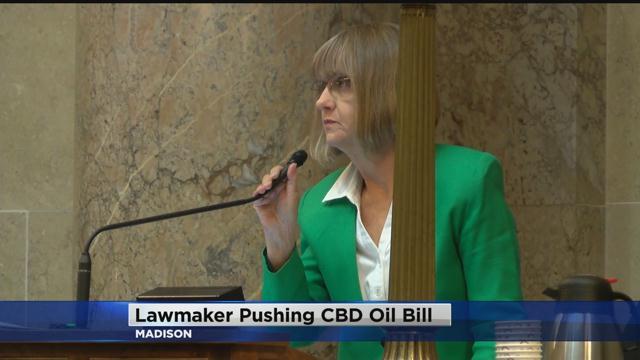 The Cannibus Oil Bill is not scheduled to be heard and that's devastating to some local parents who have been fighting for years to get this change made.

The bill would simply decriminalize cannibus oil in the state and allow those parents to have it.

"No I don't.  At the end of the day it be an issue that will once again kind of is back in January and maybe by then there will be some stricter guidelines by the feds on it. But it's not going to make it on the floor today,” Majority Leader Scott Fitzgerald said.

Senator Vukmir did not go on camera today, but her office sent me this statement in response.

"Good policy is driven by facts and not emotion. We don't have the facts yet. It's unfortunate that some legislators are selling this bill as a solution. It's not.  Regardless of what we do in Wisconsin, it remains illegal at the federal level,” said Vukmir.