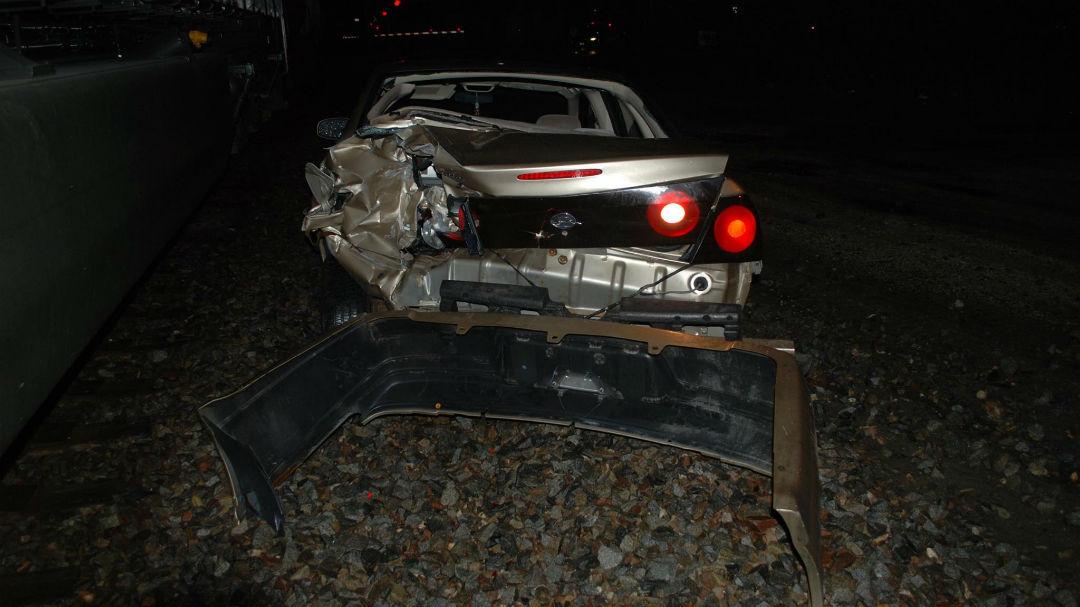 A car parked on the railroad tracks near N. Hartwell Ave. and E. Main St. was hit by a train early Saturday morning.

When Waukesha police were called they car had not been struck by the train. Police attempted to contact the Canadian Railroad Dispatch to warn them of the danger but were told that a train had just hit the vehicle.

When officials arrived on scene they saw a man outside of the car. He was not injured.

Police say alcohol was a factor.