Bus drivers picket during day one of the strike 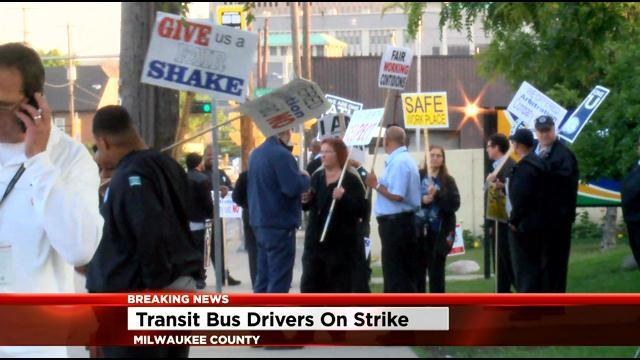 Drivers were outside with signs all morning on July 1.

Some of them have went home, others have come to replace them.

They are lined up and down KK Avenue.

Some of them started right at 3:00 am this morning.

That is when the strike officially started.

Workers finished their routes Tuesday into Wednesday and that was it.

Union leaders and the County couldn't come to an agreement on a new contract.

The drivers say they want to work, but they've been forced to strike because the contract isn't adequate.

They have concerns about driver safety, adequate bathroom breaks, and the potential for part time drivers.

They believe part-time drivers put their pension in jeopardy.

Many drivers picketed for hours today.

City Alderman Bob Donovan stopped by too because he said the majority of riders are city residents who are negatively impacted.