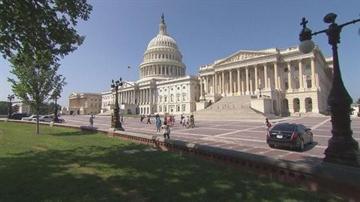 Washington-- Wisconsin Congressman Paul Ryan and U.S. Senator Tammy Baldwin are among a select group of lawmakers that met for the first time Wednesday to find ways to avert another government shutdown.

Ryan, a republican who chairs the House Budget Committee and is one of the lead negotiators for the Budget Conference Committee, said in his opening remarks, \"Democrats didn't create all these problems; neither did Republicans. Everybody was part of the problem. So everybody has to part of the solution. But you've got to make an accurate diagnosis before you can fill out a prescription.\"

An agreement two weeks ago that ended the partial government shutdown was just a temporary fix, which means there will be more furloughs and closed parks unless lawmakers are able to hammer out a bi-partisan deal before the government runs out of money again on January 15th.  The 29-member panel includes another Wisconsin lawmaker, democratic U.S. Senator Tammy Baldwin.

\"Certainly I heard partisan strains among some of the statements made by my colleagues.  But I also heard a real commitment...and I heard it over and over again from different participants to steering away from this crisis-to-crisis management of our federal budget and our federal government,\" Baldwin told CBS 58's Mike Strehlow during an interview from Washington, D.C.

The panel has a December 13th deadline to submit a budget proposal for members of both houses to consider and reach a consensus before January 15th.