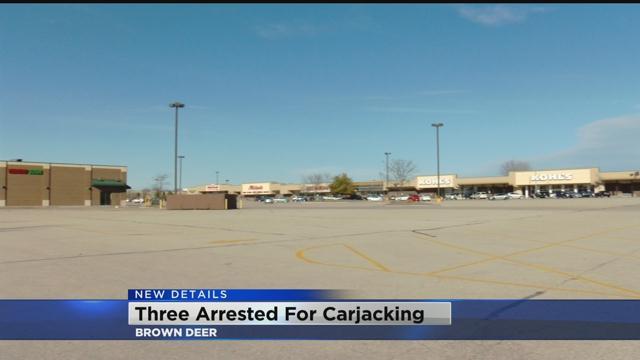 Brown Deer police are working to link three suspects to an armed robbery that happened Sunday (Nov. 1) at 1:22 p.m. Even though, the victim only reported two men stole her SUV, Milwaukee police found three people inside the stolen vehicle at a gas station near 76th and Silver Spring Road.

Cannock said the woman was at a shopping center parking lot on Green Bay Road in Brown Deer when two men pointed their guns at her, demanded her keys and stole her 2015 Nissan Juke. About four hours later, her car was found.

Investigators are looking through the SUV for evidence.

Cannock said even though he doesn’t know the specifics of this incident, he said it’s important to stay vigilant when walking to the car.

“I think the biggest thing is people need to be more aware of their surroundings and pay attention especially with the upcoming holiday season,” Cannock said. “People are going to be with packages in their hands, on their cell phones and you just need to be mindful of what’s around you.”

The woman wasn’t hurt in this incident.