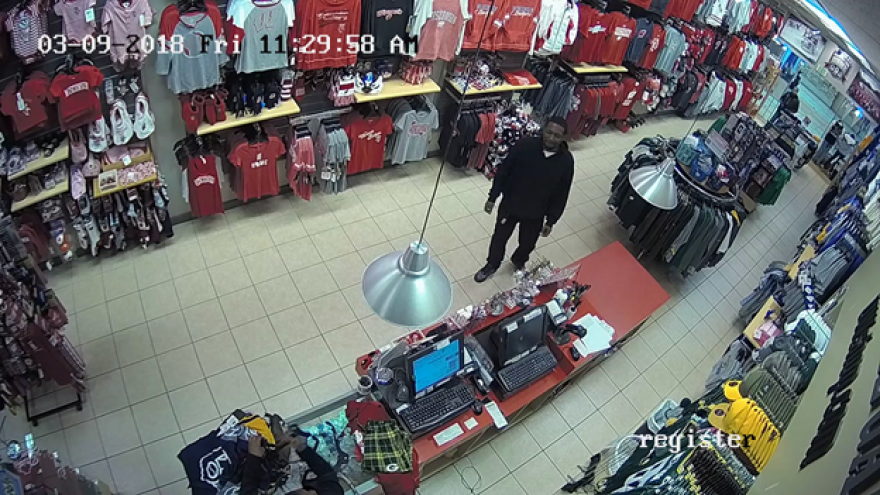 The Brookfield Police are looking for a shoplifter who made off with a significant amount of cloths from a Brookfield Square store on Friday, March 9.   According to the police report, a man believed to be in his early 20s and carrying a duffle bag entered the Name of the Game Store in Brookfield Square.  The man told the clerk he wanted to buy his wife and kids some nice cloths using his tax refund money.   According to the report, the suspect spent 20 minutes selecting sports shirts, sweatshirts and pants, removing the hangers and making two piles on the counter.  As the clerk walked away from the counter the man then grabbed the cloths from the counter, stuffed them into the duffle bag  and exited the store.

The man is described as a young, black male with a thin build, under 6-feet tall, wearing a black jacket, black pants and gray shoes.  If anyone can identify the suspect they are encouraged to call the Brookfield Police Department at 262-787-3702.