Brewers will not play against Reds 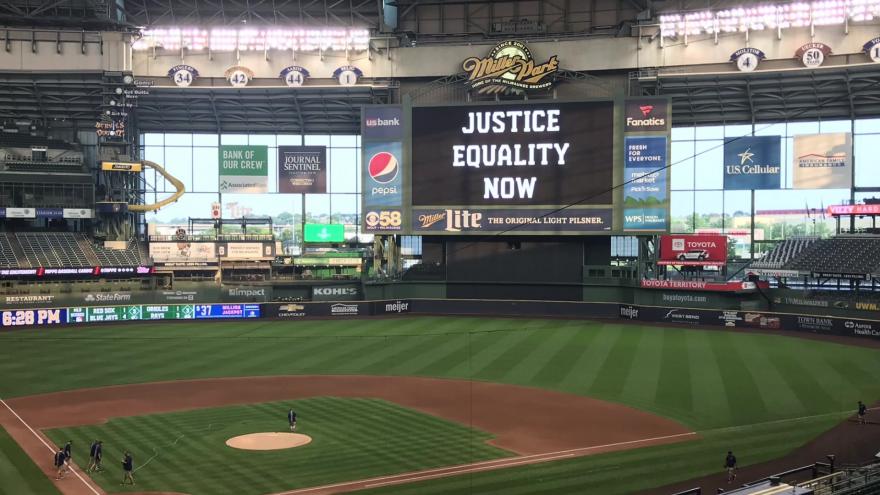 MILWAUKEE (CBS 58) -- The Milwaukee Brewers have made the decision not to play against the Cincinnati Reds Wednesday, Aug. 26, in light of the shooting in Kenosha that left a man named Jacob Blake seriously hurt.

The Brewers join the Milwaukee Bucks in the boycott of games. The Bucks were set to take on the Orlando Magic in Game 5 of the playoffs but never left the locker room.

The shooting has sparked three nights of unrest in Kenosha, and has left two people dead and another hurt.

The #Brewers have decided not to play tonight’s game.

The team shared a message on social media Wednesday night regarding their decision.

They are expected to play the Cincinnati Reds on Thursday.