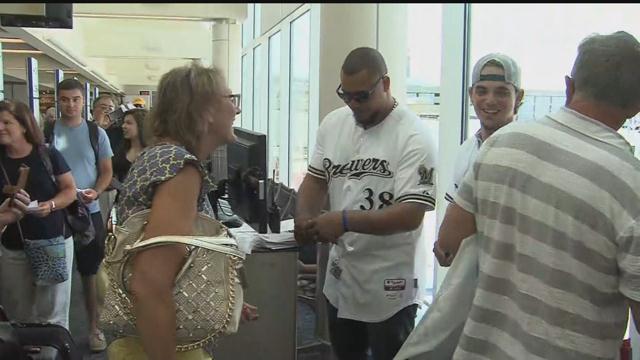 A baseball trade of a different kind as two Milwaukee Brewers players show they can hit home runs off the field by becoming talented airport workers for a day.

Brewers Second Baseman Scooter Gennett and pitcher Wily Peralta tried their hands at a lot of different duties here like bringing a plane to the gate on the tarmac. Or unloading bags.  Then they worked at the boarding area staying in constant communication with the passengers.

The Brewers have a working relationship with Southwest Airlines, and some of the team players get to do this kind of \"trade\" every year. Those with this program say this a great way to connect with community and the fans.

And of course who doesn't love seeing some of the Brewers out of their element?

Southwest Airlines does something similar with various baseball team across the country, including the Padres, Dodgers, and Orioles.