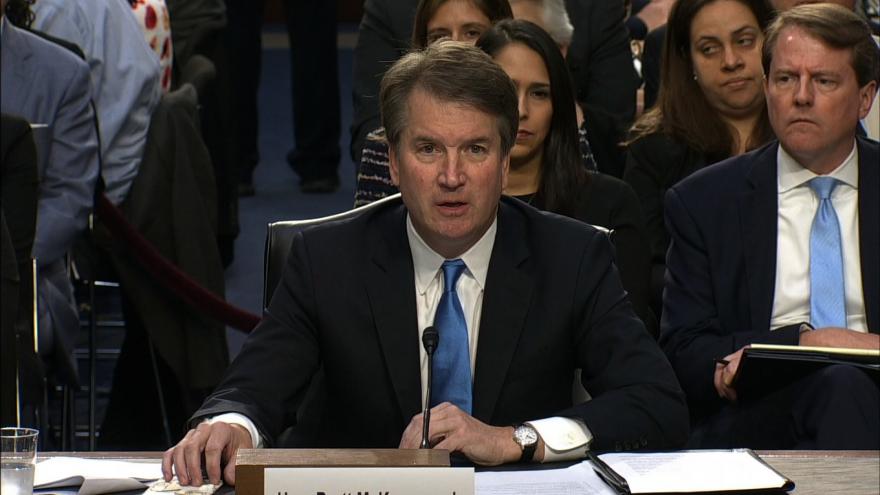 (CBSNews) -- On the second day of his confirmation hearings, Supreme Court nominee Brett Kavanaugh declined to reveal much about where he stands on major issues, but told lawmakers that he would respect judicial precedent should he serve on the high court.

Perhaps what has been more enlightening from the hearing thus far is what Kavanaugh hasn't answered or refused to provide clear indications on.

On Roe v. Wade, Kavanaugh repeated to lawmakers time and time again that he understands the "importance of precedence" in the decision of the landmark case for women's reproductive rights.

He reaffirmed his view is that the case is "settled precedent of the Supreme Court" and it has "been reaffirmed many times over the past 45 years." He neglected, however to explicitly say where he stands on the issue.

On Executive power, Kavanaugh affirmed to lawmakers that "no one is above the law" but declined to answer questions on hypothetical cases of whether nor not the president could pardon himself.

On presidential loyalty: Pressed on whether he owes loyalty to President Trump, Kavanaugh said, holding up a worn, personal copy of the legal document, "if confirmed to the Supreme Court and as a sitting judge, I owe my loyalty to the Constitution."