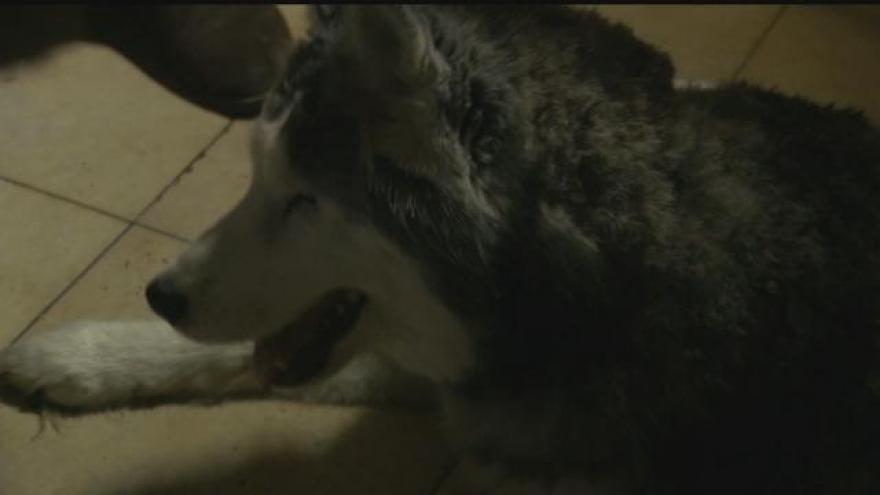 Wednesday afternoon in the Walmart parking lot in Lake Geneva a car caught on fire.

The fire department wound up saving the family’s dog that was trapped inside the car that caught fire.

That dog is home with its loving family tonight.

When he came out of Walmart he saw the flames, and yelled to police that his dog was in the car.

The dog was brought to the vet.

The vet was able to get her breathing.

She has one singed ear, and the family will have to watch her breathing after she inhaled so much smoke.

The family is thankful to have her back.

Jon Sharkus recalled the moment he realized the flames were spreading to his blue van with his dog inside.

“I said that's my dog. He said you got to stay there. I stood there but it was tears, just crying. 30 seconds later I heard a crack of the window. Turned around I see the fireman carry the dog in her arms. I assumed she was dead. Just a lump in her arms,” said Sharkus.

This single father on disability is raising two daughters and doesn't have the money to get a new vehicle.

He said his iPod, iPad and priceless family photos burned in the fire.

The family has set up a YouCaring page at www.youcaring.com/

The family is hopeful things will work out, knowing their dog didn't have much more than a scratch.