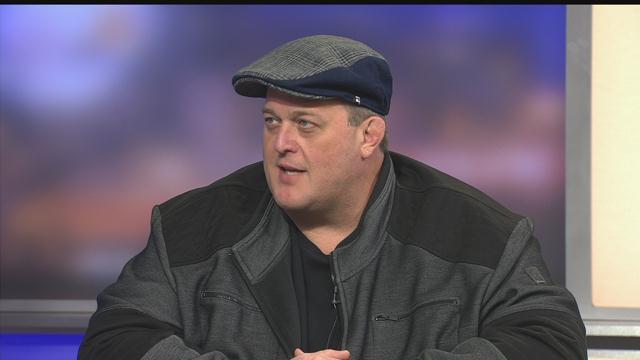 Billy Gardell will never forget Milwaukee-- it's where he found out that his show would run on CBS. Joining us live on the CBS58 News at 4, Gardell told the story of the night he found out that the network "picked up" the show "Mike & Molly," or ordered a full season of episodes.

He says he was doing the show in the basement of a local strip club, in front of about 12 people, "having one of those nights like 'what am I doing with my life?'"  Gardell says when he finished his set, he had about 26 messages on his phone, congratulating him on the news from the network, and what happened next will always keep him grounded. Gardell called his wife and told her he planned to take $100 out of the ATM to celebrate the great news, but his wife told him that they only had $7.81 in the bank.

Gardell says he uses that story as a reminder to keep himself grounded. "there's a big mirror in my bathroom, a his and hers vanity. But in mine in the right hand corner on the bottom it says '781' just so I never take it for granted," he said.

"Mike & Molly" turned into a massive hit-- the show garners approximately 13 million viewers weekly. Before that, Gardell co-starred in the critically acclaimed television series Lucky. His other television credits include Yes Dear and Judging Amy, My Name is Earl, The Practice, Monk and Gary the Rat.

Gardell says based on the latest episode order from the network, he thinks it might be the end of an "epic, epic run" for "Mike & Molly" on CBS. He says there will be a lot of tears during the final week of shooting. Gardell says his co-star Melissa McCarthy calls the group "a huddled mass- because we just care for each other."

You can see Gardell perform live at The Northern Lights Theater at Potowatomi Hotel and Casino from November 9-11. Buy tickets here.