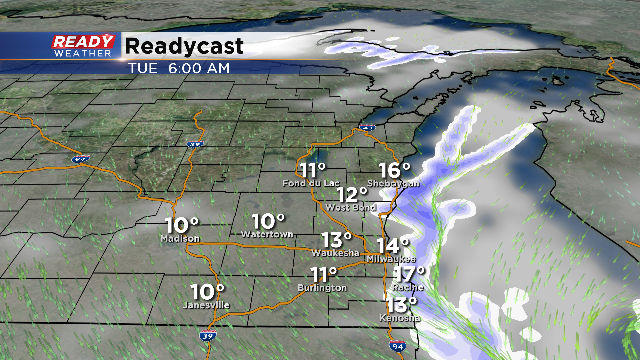 The evening snow band that moved throughout the metro will move out of the area by Midnight; however, another band of snow is expected to develop along the lakefront later tonight.

This next band is going to be very tricky.  If it hugs the lakefront it could produce an additional 1" to 2" of snow through tomorrow morning.  Travel could be slowed by any lake effect band that moves through.  There's also a chance that the band stays out over the water and doesn't impact the area.  Regardless, all of the snow will be out of the area by Noon Tuesday. 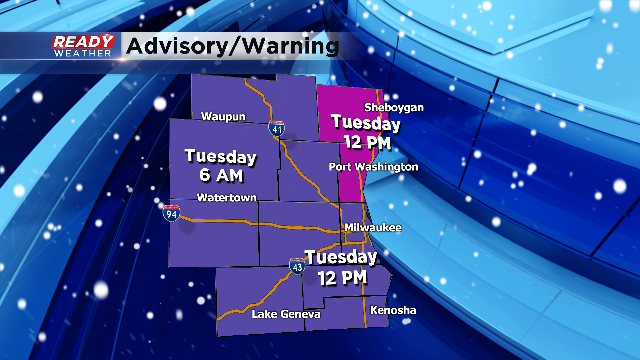 The winter weather advisory for Racine, Kenosha, Milwaukee, Waukesha, and Washington counties has been extended until Noon Tuesday.  This matches up with the Winter Storm Warning expiration time.

Another band of snow is expected to develop along the lakefront after midnight.  This band will hug the lakefront overnight and into Tuesday morning.  If that band moves over the land, an additional 1" to 2" of snow will be possible; however, there's also the chance that the band stays out over the lake. 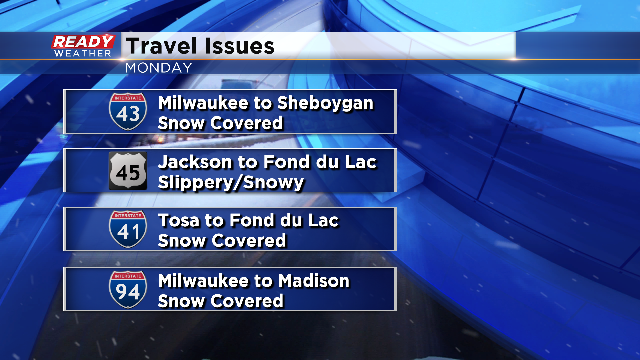 A heavy lake enhanced band of snow continues to pound the Milwaukee metro area this evening.  This band could produce 1" an hour totals.  The roads have become very slick.  Not only the side roads, but the main roads and interstates have become slick.

This band will likely persist through Midnight, with additional lakefront snow possible overnight. 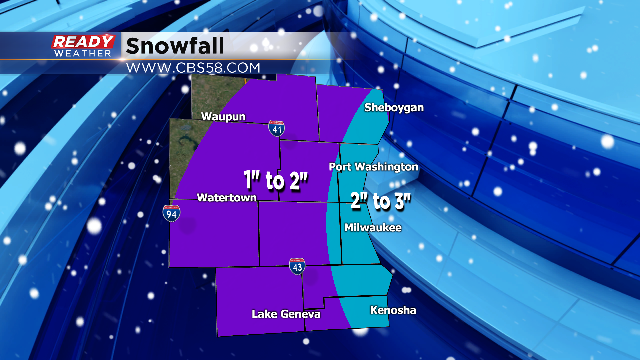 Early Evening Update:  Lake enhanced snow will continue across the area through Midnight tonight.  An additional 2" to 3" of snow is possible along our lakefront counties.  Areas west of the lake will pick up another 1" to 2" of snow.

Lower visibility and slick roads are a concern.  Additional lake snow showers will redevelop overnight into early tomorrow morning however, those will be confined right along the lake. 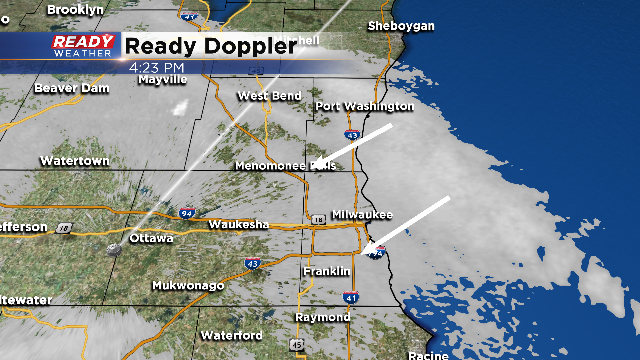 4 PM Update:  The lake enhanced snow band has now pivoted south of Sheboygan and has moved across the Milwaukee metro.  This band of snow will continue this evening and could produce an additional 1" to 3" of snow, especially lakeside.

Reduced visibilities will also be a concern.  Slick roads for the evening commute could cause travel delays.

This band of snow will move south of our area by Midnight; however, additional lake snow will develop for areas right along the lake into Tuesday morning. 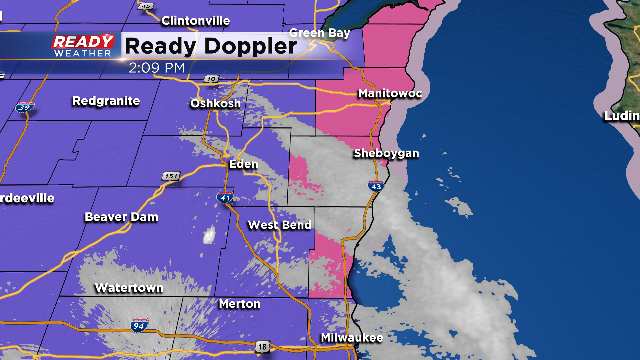 2 PM Update: A persistent lake enhanced band of snow continues to move across Sheboygan and Ozaukee counties this afternoon.  Some areas there have already picked up between 5" to 7" of snow.  That band will pivot southwest and rake across the lakefront through this evening.

Noon Update: Snow showers are winding down across parts of the area, meanwhile a lake effect snow band persists for others. Most spots have already reported 2 to 3" inches of snowfall. 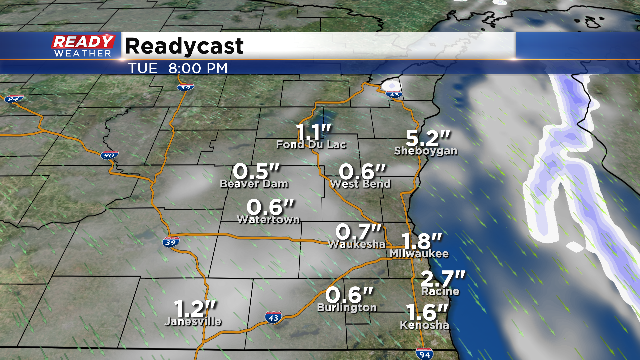 Inland spots could see up to another inch, while any spots impacted by lake bands could see 1-3" and perhaps isolated spots grabbing a touch more. Readycast shows that well from the image. However, we're also seeing some stabilizing air and the National Weather Service feels as though heavy bands won't make it to warning criteria for our lake counties from Milwaukee south, so the warning there has been downgraded to an Advisory. 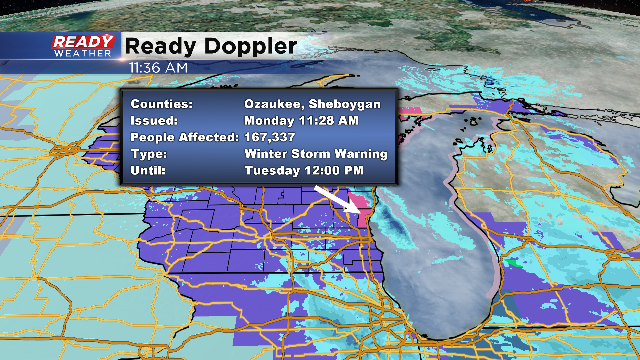 That said, accumulating snow is expected to fall on and off from now until Tuesday morning, especially the closer you get to the lake, as a clipper system crawl its way across the Badger State and continues to feed a few bands of moderate snowfall to the area. 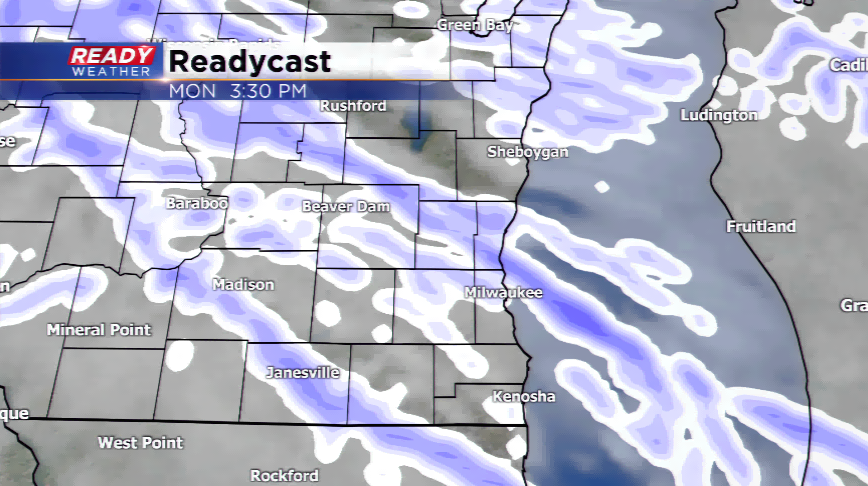 A Winter Storm Warning is still in play for the northern lakeshore counties because lake effect bands are set up closer to that area. Some reports have come out of Sheboygan county late this morning with 1" per half hour snow rates.  A Winter Weather Advisory continues for the rest of the viewing area until 6am for our western counties from Fond du Lac county to Walworth county and 6am for the rest of the advisory area.  Expect totals of 3”-7” of snow along the lake, and 2”-5” around the rest of Southeastern Wisconsin. 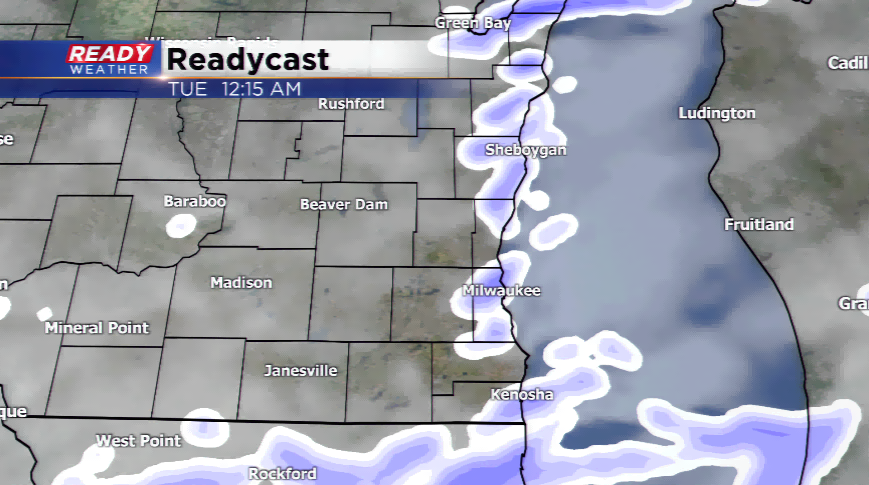 Considering Milwaukee has only picked up 4.9” of snowfall going into this system, this will be our biggest snowfall and most significant storm so far this season. Please give yourself ample time to get to work or the kids to school (I know some kids are off today). 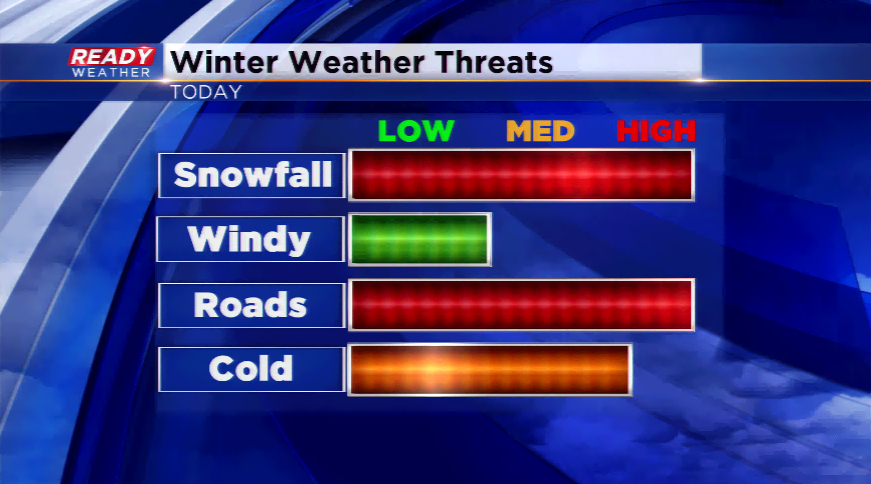