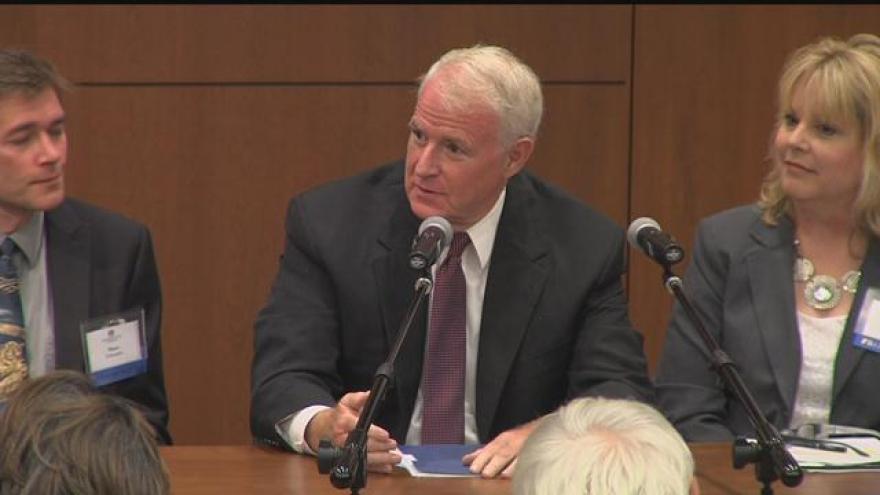 "These are places where pregnant women and families can be connected to resources and programs. Today I have an exciting announcement: come back tomorrow!" said Mayor Tom Barrett, City of Milwaukee.

That's the teaser Milwaukee Mayor Tom Barrett gave CBS 58 straight from his State of the City speech. The mayor did mention his speech will talk a lot about Milwaukee's neighborhoods and the reason Harley Davidson is hosting.

"This is where I had one of my first summer jobs, at Harley Davidson... but the main reason is ... we're really highlighting the work that's been done by the Near-West Side partners where you have Harley Davidson, Miller Coors, Aurora, Marquette, Potawatomi that have come together to address a lot of the challenges and opportunities," said Barrett.

When it comes to the city's problems, Barrett promised he'll be honest.

"The poverty challenges we have, the crime, public safety issues we have. We'll discuss the challenges that came as a result of what happened last summer in Sherman Park," said Barrett.

the mayor stressed that tomorrow's speech will focus only on what's local, but spoke with CBS 58 today about a few national issues that affect Milwaukee including the possible loss of funding for Lake Michigan and other great lakes from the federal government, and about Milwaukee's sanctuary city status.

"I want our Milwaukee Police to be out there solving state crimes, making our streets safer. We don't have the capacity to have them work as in essence border guards for the federal government. That's the federal government's responsibility... from a public safety standpoint I would rather have our police officers chasing drug dealers than somebody who came from Mexico when they were 7 years old and just got a ticket for a burnt out headlight," said Barrett.

The mayor's office says over 500 people will attend the address inside the Harley Davidson University. The State of the City address is Monday, March 5th at 8:30 a.m. The address will be on City channel 25 and streamed live at http://bit.ly/CityChannelMKE