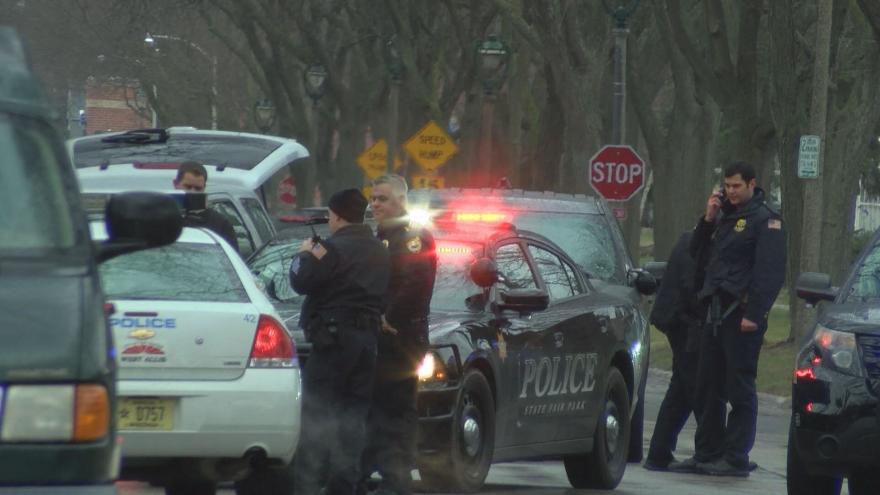 West Allis Police Department responded to a report of a robbery at BMO Harris Bank off Greenfield Avenue.

In the initial report, it stated that a black male wearing all black robbed the bank and had a gun. The suspect left the area and determined he was driving a white car.

Officers found the car and followed it to the 2500 block of N. Grant Street in Milwaukee. The man ran off but he didn't get far. Police caught the suspect and arrested him.

Some people in the area said they heard loud noises coming from outside their home Wednesday morning.

\"We heard a lot of commotion outside and I saw the cops. I heard the cops saying get down,\" said Latiana.

The investigation is still ongoing. West Allis Police Department worked with Milwaukee Police, Milwaukee Sheriff's Office, West Milwaukee Police and State Fair Park Police. WAPD is not looking for any other suspects at this time.